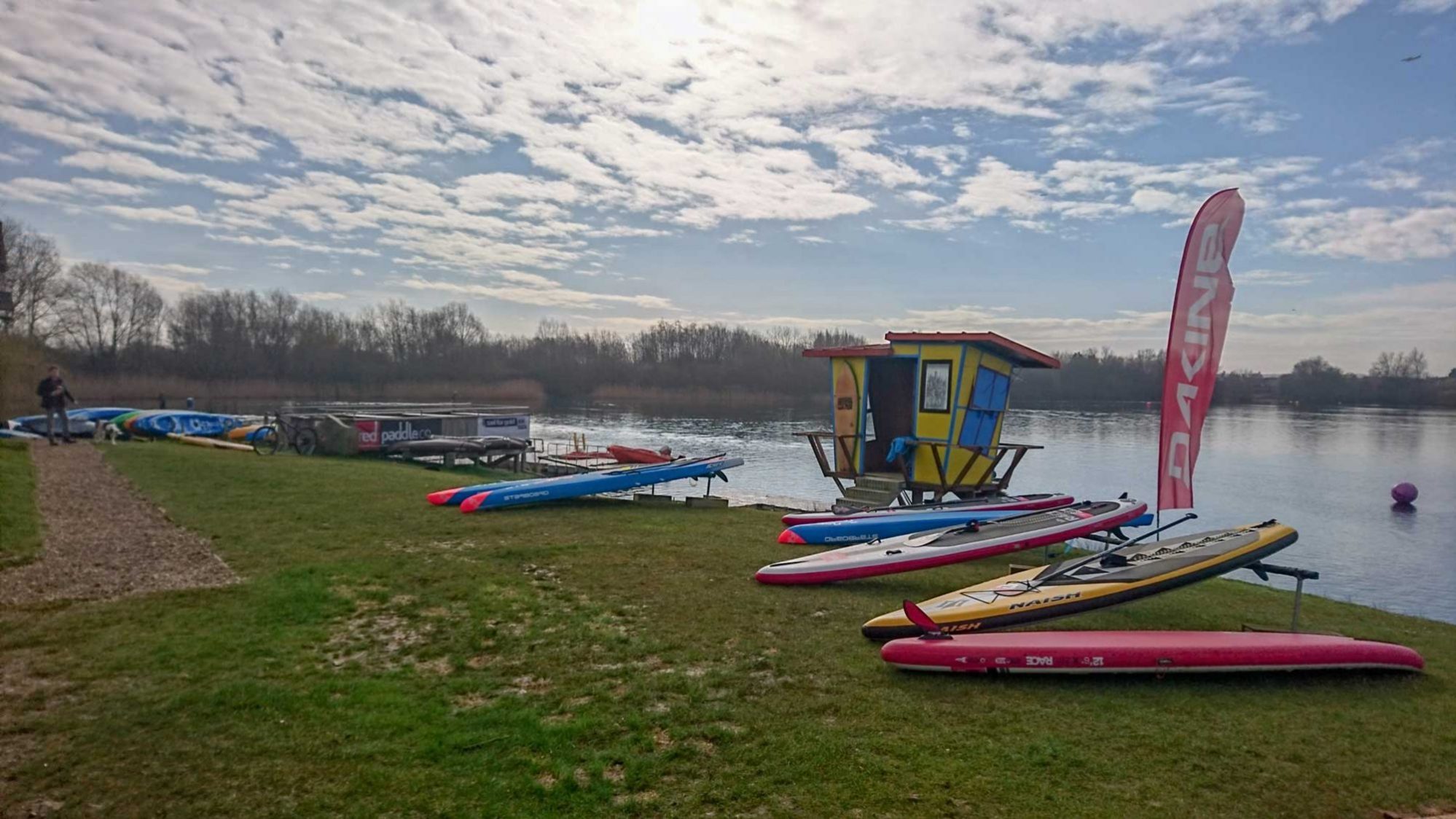 We certainly had a few welcome glimpses of spring over the weekend – and yesterday morning was particularly nice. Perfect, in fact, for the 5th and final round of Bray Lake‘s Frostbite winter races. Duncan was out Windsor way to complete the full series, again taking 1st inflatable and 1st 12’6″ for the round. As everyone else now seems to be on solid 14s, he was stoked to finish 2nd overall on the day against some tough competition and somewhat out of his comfort zone around a couple of short, fast, technical courses to secure 1st inflatable for the entire series.

That’s that for Bray this winter, but the Frostbites aren’t done yet – our friends over at Suffolk SUP are concluding their winter series the Sunday after next on 25th March. Dunc, Ian and Step-Back Stu all thoroughly enjoyed the first couple of this series and the final round is planned to be back where it began on Alton Water (although as their Felixstowe leg got moved to the River Stour due to the weather last month, maybe they’ll change the plan?) Keep up with that at www.facebook.com/suffolksup/

Weather-wise it still doesn’t feel like winter’s let go quite yet! Seems we read the forecasts right last week though, as predicted Tuesday afternoon and Thursday morning both worked out nicely for a paddle. On Tuesday Dunc hit his current go-to East Haven Creek 15k from Two Tree Island again (and bumped into Stuart R on the Benfleet loop) while our Ian couldn’t quite escape work in time for the tide so hit the river at Mill House for his favoured after-work Sandford Lock 9k instead.

Funnily enough, after all that snow melt, the stream was running pretty strong – and there was still enough white stuff about for Frosty the Snowman to hitch a ride! Ian posted pix to our SUPsect Forum on Facebook – where yesterday we’re also pleased to hear that Barry’s back on a board after a brief hibernation! (He hit the Papermill 8k loop from Hoe Mill to Paper Mill Lock and back.) If you want to keep in touch with the group and share your paddles, just hit the blue button here.

So what’s on offer this week? Weather‘s looking a bit drizzly at times, there’s some more wind about, and we’re onto neap tides with mid-late morning highs and late afternoon / early evening lows. The river will still be flowing, but will be fair game as it should calm down some through the week. Or tomorrow afternoon looks like the best bet for a coastal session, potentially low tide from Two Tree or South Fambridge? The wind looks to be blowing through strong on Wednesday, then if you don’t mind the rain, Friday could work out OK before current predictions see the easterly taking hold again and temperatures plummeting over the weekend. It’s a way off yet, but there’s even snow beginning to appear on the Met Office forecast for Sunday…

But looking even further ahead – and staying positive – we’re now counting down to SUP Club season on our website at www.supsect.com. Just 16 days to go now until our first potential Wednesday evening meet on 28th March after the clocks have gone forward. Meanwhile stay tuned to the SUPsect Facebook and @SUPsectUK Instagram for more… 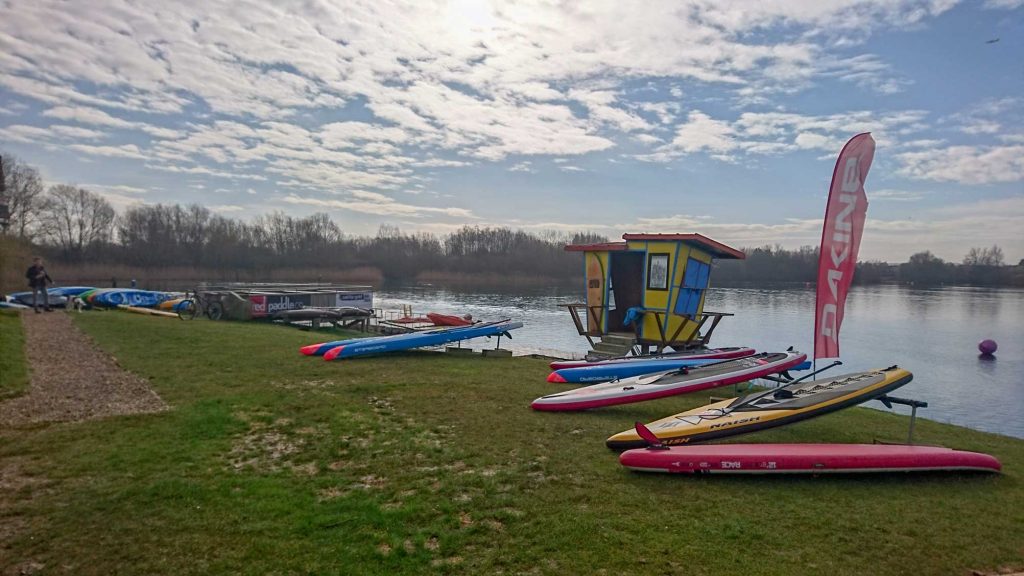 Ready to race at Bray Lake 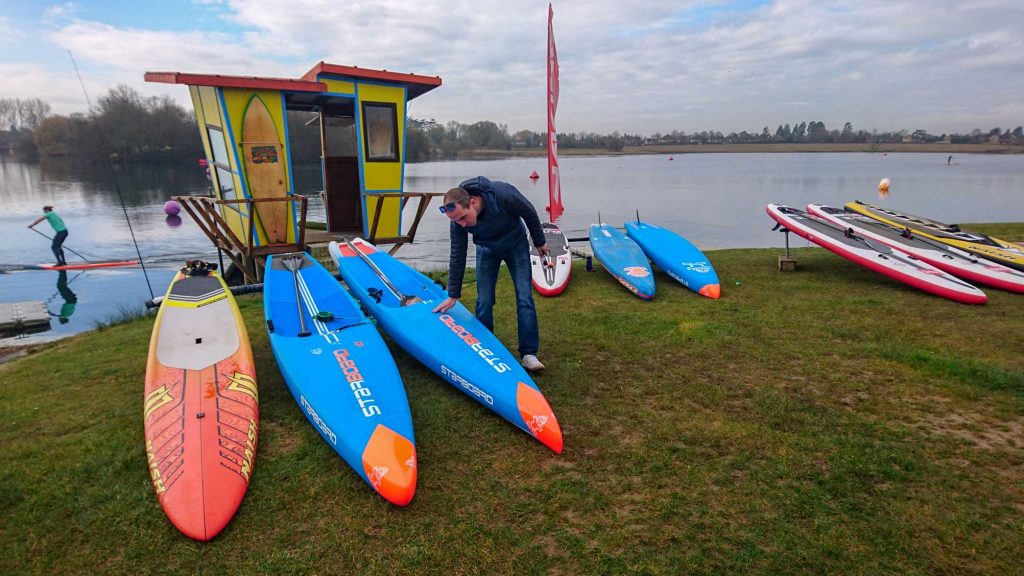 Preparing for round 5 of the Bray Lake Frostbite series 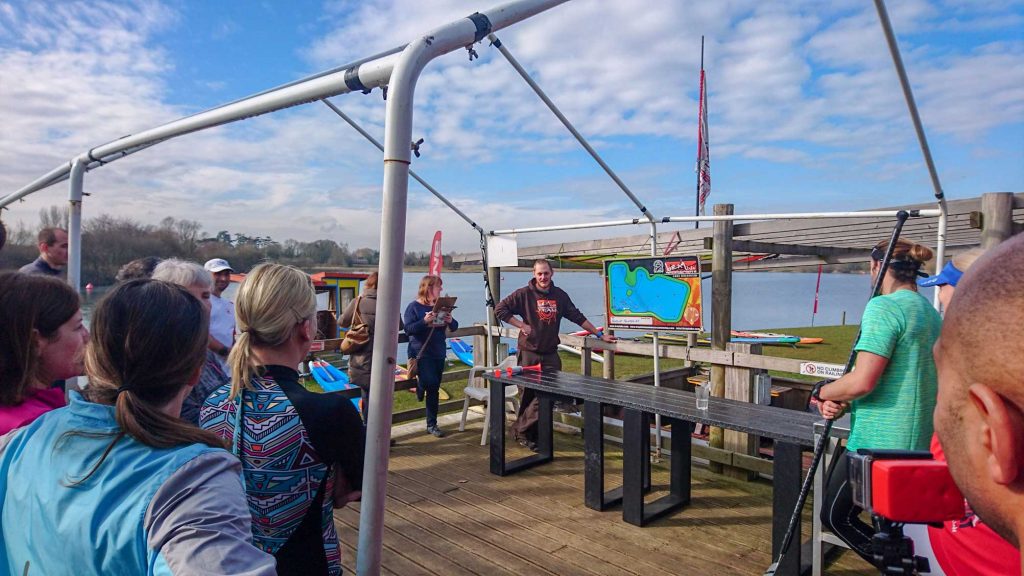 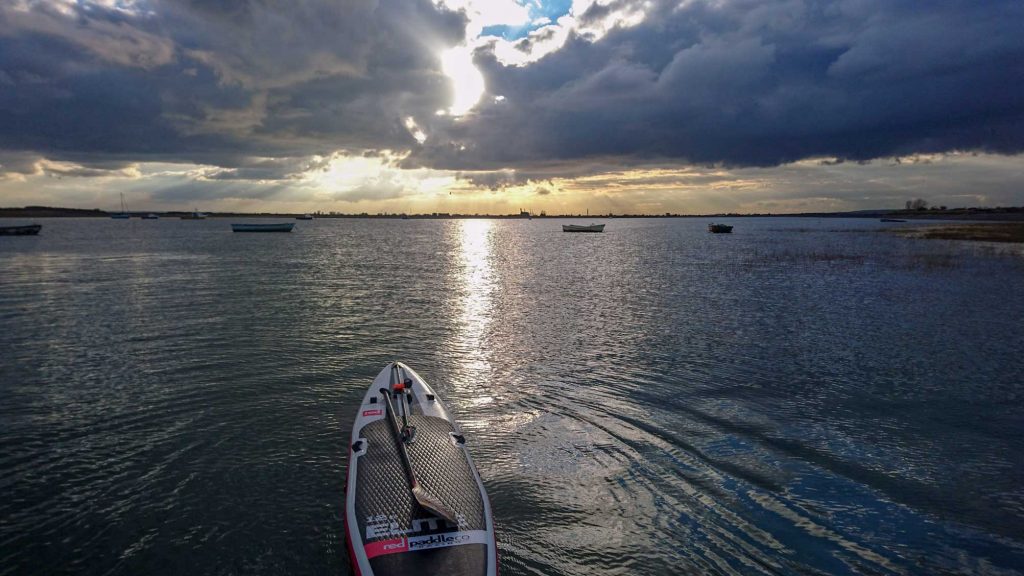 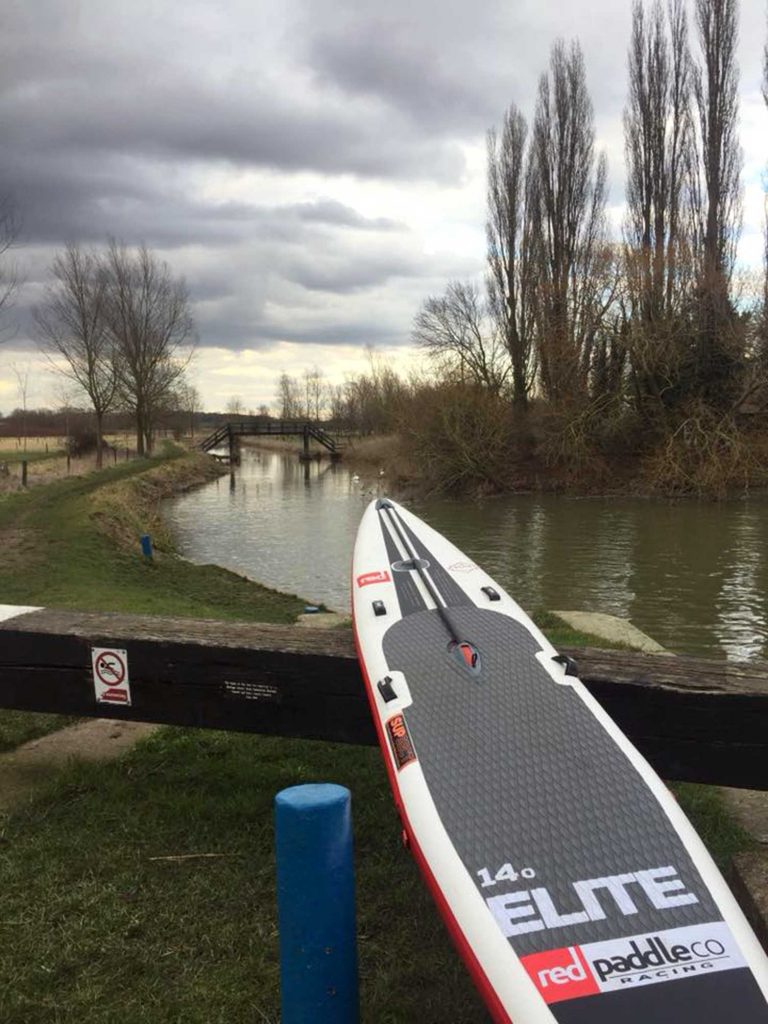 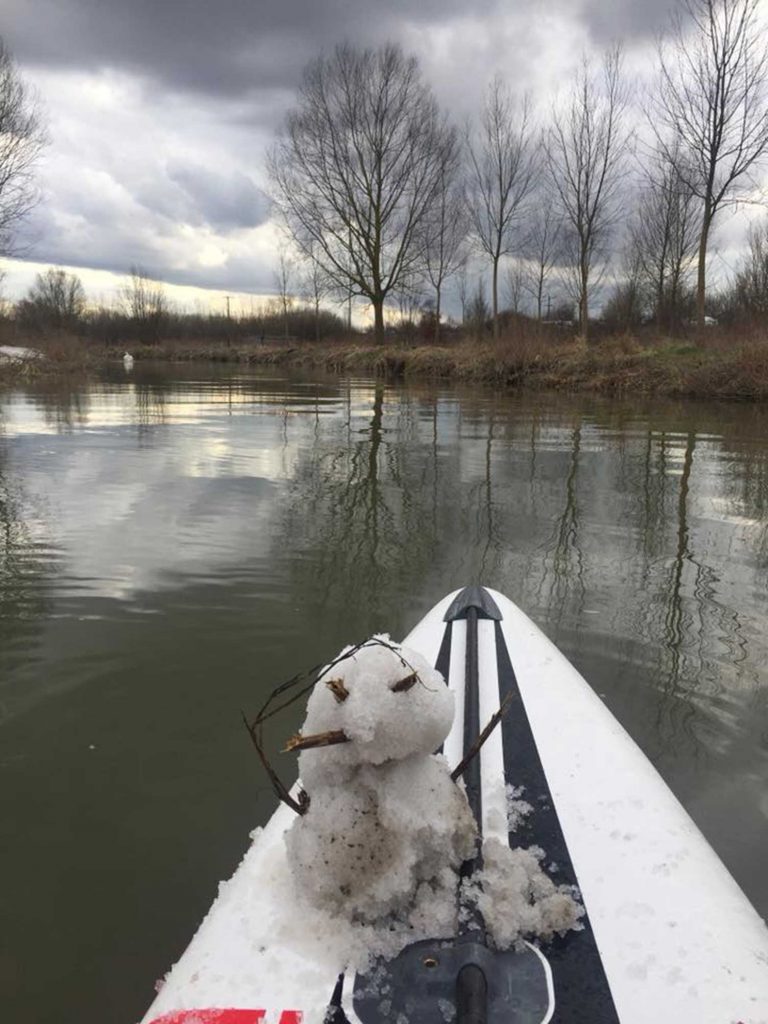 Frosty catches a ride on the River Chelmer with Ian, Tuesday 6th March