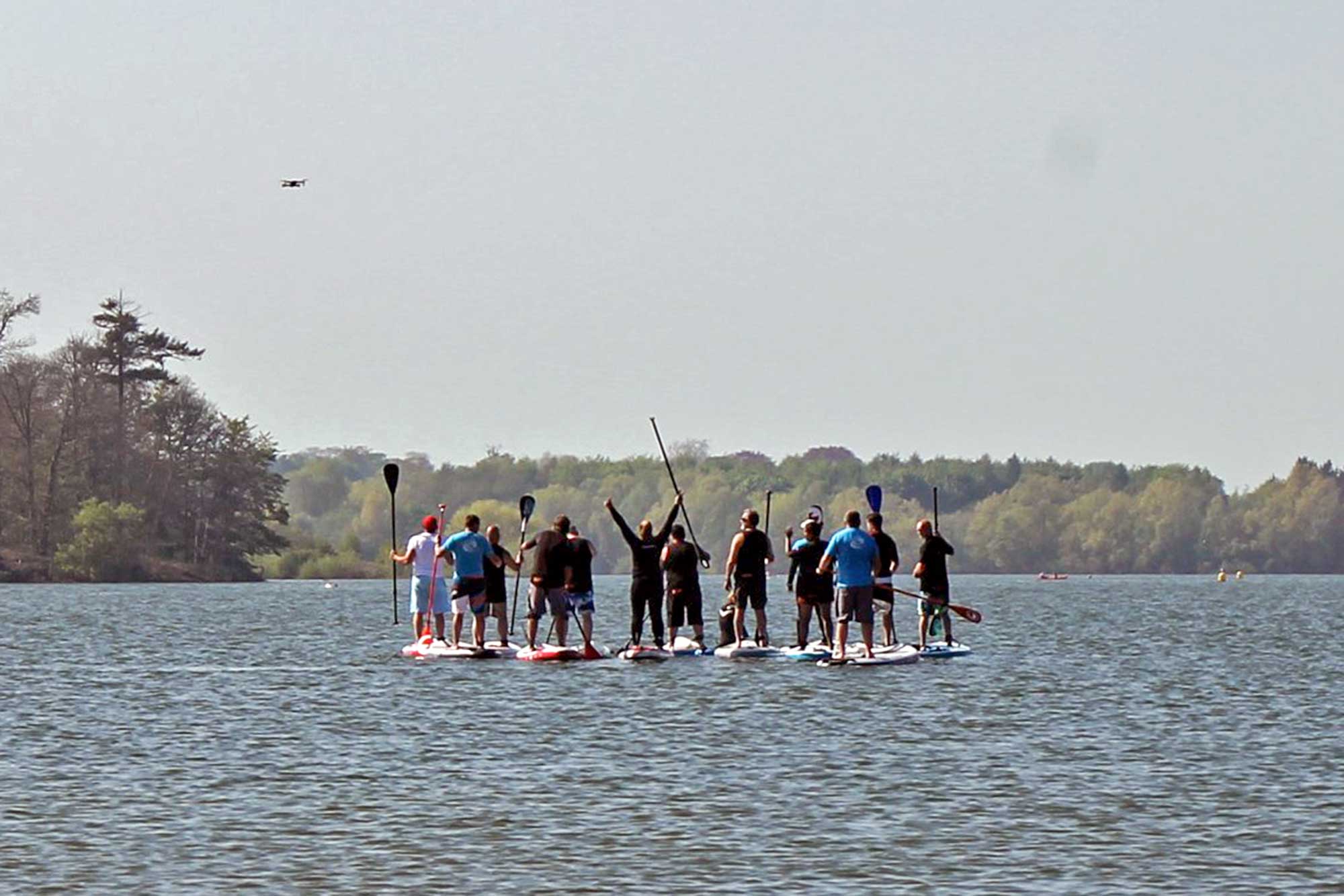 Wow – that was some Mayday weekend! So yesterday, after a bit of cross-border cooperation and planning last week, we escaped the seething Essex masses at Southend and headed north-east to visit our friends over at Suffolk SUP for our first ever joint inter-club fun-day at their beautiful home ground of Alton Water – ‘Bank Holiday Fun-day’! We had an absolute ball as over a dozen SUPsect paddlers (plus nearly as many partners, kids and dogs!) enjoyed the blazing weather alongside similar numbers of Suffolk SUPpers. To kick off we enjoyed some freeride, exploring and board-swapping on the lake, then a nearly 30-strong flotilla of paddleboards went for a mass circumnavigation in the sunshine. But the main event after lunch was an hour-long ‘surf hockey’ match as we played eight vs eight in a no holds barred battle to the death! OK, nowhere near death and casualties were low – but it was undoubtedly the most full-on, funnest game we’ve ever been involved in: no-one was totally sure who won, it may well have been us, but that really didn’t matter… Then their local, The Bull, treated us to some ice-cold beers in the evening sun. Amazing day. There will definitely be more media later this week as there were a few photographers in action as well as Andy’s legendary drone, but thanks to Colin there are already a great bunch of photos in the SUPsect Forum on Facebook (we’ve used a couple for this post in fact!)

Before that, over the weekend El and Dunc’s original plans had been scuppered last-minute on Friday so we took an impromptu dash down south to join a couple of friends camping in East Sussex. Of course we checked Googlemaps for the paddle potential and found Waller’s Haven just a kilometre east of our base (the awesome Bull’s Head, Boreham Street) – Dunc hit a training paddle to scope it out in the morning, then El and Clare paddled the whole c. 9km length of it down to Norman’s Bay on the coast in the afternoon before grabbing a beer at The Star Inn. Come Sunday, word had spread a little so Barry and Gavin jetted down to join us for a 12k loop through the glorious 1066 countryside. Watch this space later this season as we may be announcing a quick SUPfari down that way when the opportunity presents itself.

And before that… Last week’s SUP Club sort of marked the change of the weather into this little heatwave – it had been a truly grim day of rain and wind, but just as we’d hoped and predicted, the skies cleared and the wind dropped right off for our departure from Hoe Mill Lock. So a dozen of us hit the 8k Paper Mill Lock loop in near perfect conditions (OK, there was quite some flow but that wasn’t much of a price to pay after the weather we’d had up to then!) Followed by another glorious meal at The Hurdlemaker’s Arms.

So what do we have planned for SUP Club tomorrow? Of course, it’s totally TBC as always, but we have a workable tide again at last so we’re very keen to go coastal and hit the beach this week. So we’re considering Chalkwell for one of our famous ‘fun night’ splashabout sessions from 6.30pm ahead of an 8.14 high tide (@ 4.5m). There’s a bit of wind due to arrive which could well chop the water up, and means it’s not ideal for going anywhere – but no problem, staying put means all comers will be welcome and we can even offer Ready to Ride graduates kit hire. We generally end up swapping boards, having loads of laughs, offering plenty of free technique tips, and wind allowing we might break out the SUP hockey sac again. Stay tuned to Facebook for confirmation tomorrow…

And after that! We’re looking forward to getting back out and teaching more new paddlers in our BSUPA Ready to Ride certificated Learn to SUP lessons at Paper Mill Lock this coming Sunday – if you like what we do, please help spread the word as we do still have spaces left! 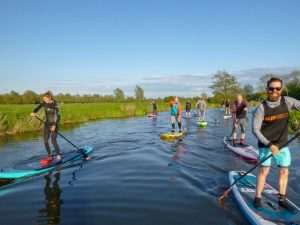 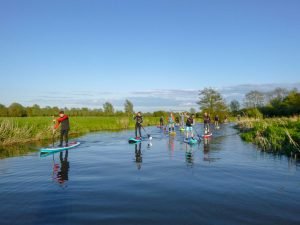 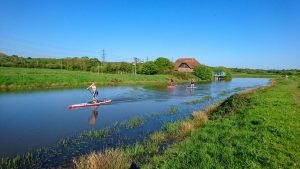 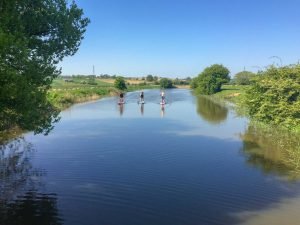 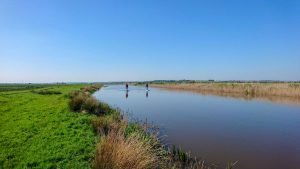 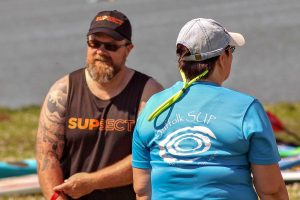 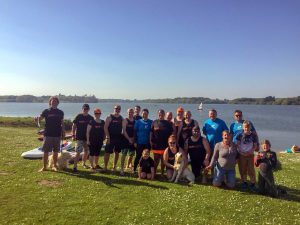 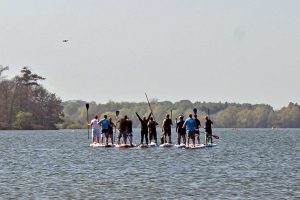 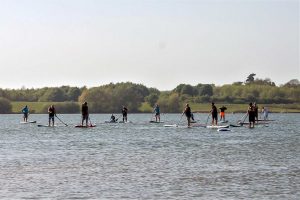 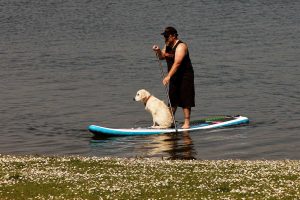 Stuart takes super-pup Dudley for his first ever paddle, at Alton Water