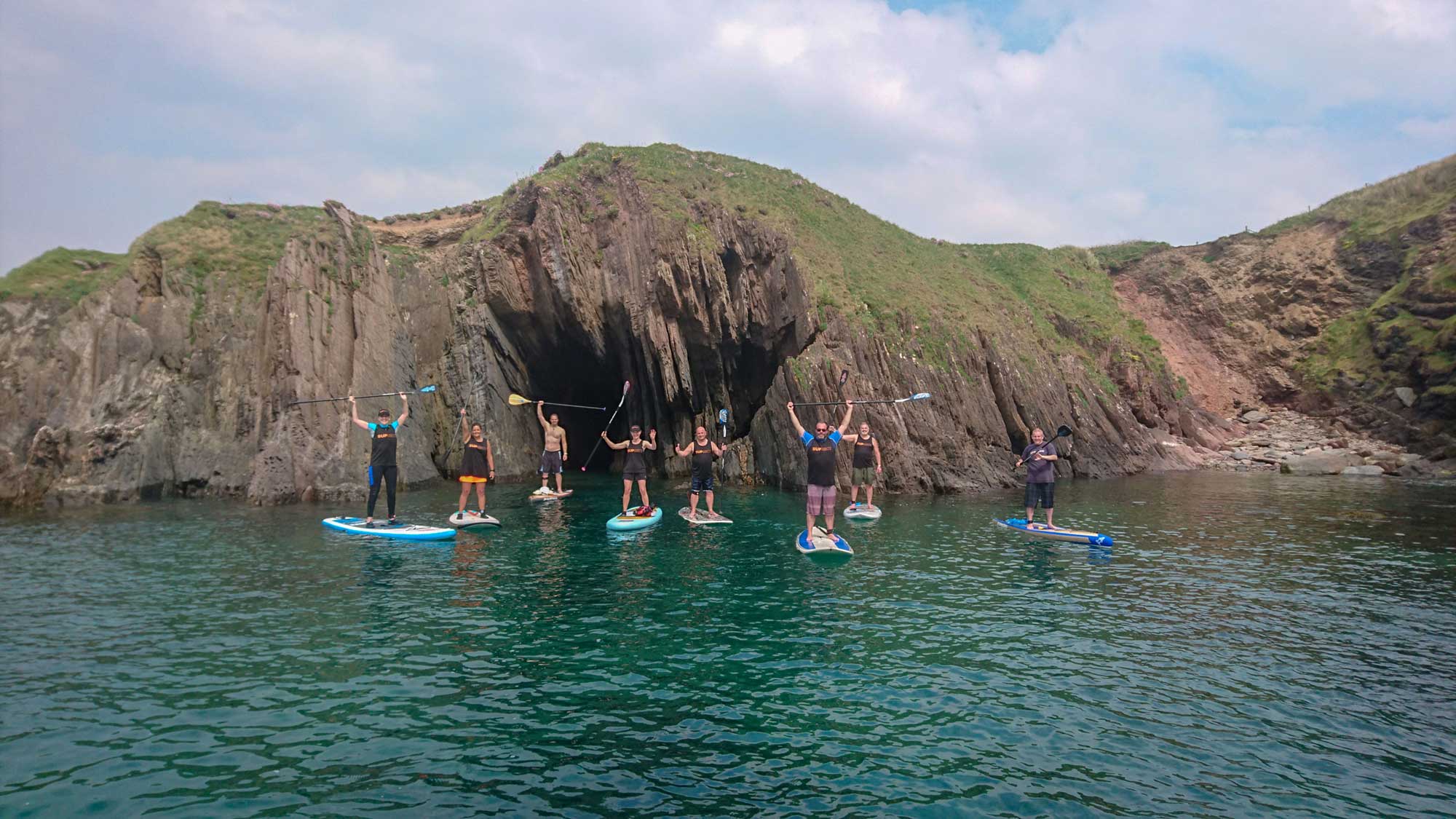 We’ve had a great couple of weeks – a bit busy for blogging, but we’ve finally had half a chance to catch up today! The highlight of the fortnight has to be SUPfari #2 over the late May Bank Holiday weekend as almost 20 of us went out west to Bigbury in South Devon for five days of paddling, camping and fun-fun-fun… We stayed at Mount Folly Farm, and paddled a good few hours every day from Bigbury beach just a couple of minutes’ drive down the road – we scored hundreds of rides on everything from ankle-slappers to waist-high surf with a few chest-high sets, beautiful touring conditions allowed us up the river estuary and around Burgh Island a couple of times … and of course we might have hit a few pubs and eateries along the way! Find more on our Facebook page and in the SUPsect Forum – and in fact, here’s the SUPfari Episode 02 cut from our one and only Steve ‘The Fat Surfer’ Lawrence…

Most recently, we’ve just had a full weekend of lessons up at Paper Mill Lock with our SUP school – three Learn to SUP courses, followed by a Refresher Session / Improver Tour. Great performances all-round saw 15 BSUPA Ready to Ride certificates awarded plus some impressive progression from all five on our follow-up lesson. Loads of pix on Facebook.

We’ve also had a couple of awesome 25-strong SUP Clubs – the week before last we tucked out of a pretty strong northerly wind at Chalkwell where we had a lot of fun trialling a new game: British SUPdog! Then last week a 0.6m evening low tide allowed us out from Two Tree Island for the first time at SUP Club this season – naturally there was some sea breeze, not too much but just enough to give us something solid to push out into with an ebbing tide towards Seal Point, before it helped us home at slack water. Find that gallery here!

So what might this week’s SUP Club bring? Well, we have a workable high tide again – 6.23pm @ 4.8m – which combined with what’s looking like a north-easterly breeze (again) will likely see us back at Chalkwell (again!) for our third ‘splashabout’ fun night of the season. Maybe more SUPdog, maybe SUP hockey, maybe skills training, or possibly even a quick trip into Old Leigh? we’ll see as the forecast develops…

Then this coming weekend our Dunc’s defending his 2017 win at the Norfolk Broads Ultra 70km endurance race – and half a dozen of us are there to support him and have volunteered to help steward the race. Should be a good one!

And the following weekend of 16-17th June we have another two back-to-back days of lessons planned: spaces are selling fast now as summer’s here, but we still have some Learn to SUP and Refresher Session / Improver Tour spaces available. 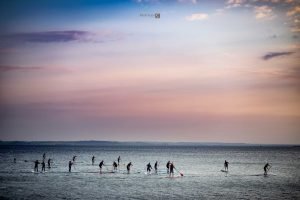 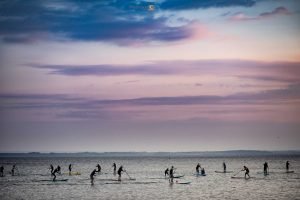 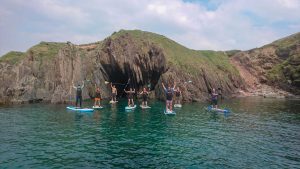 Round Burgh Island, Bigbury, on SUPfari #2 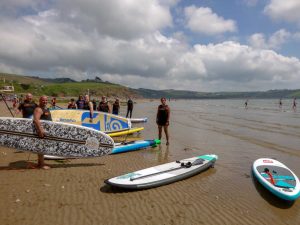 Launching at Bigbury-on-Sea, on SUPfari #2 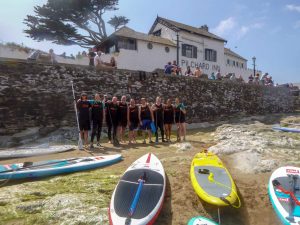 Outside the Pilchard, Burgh Island, Bigbury, on SUPfari #2 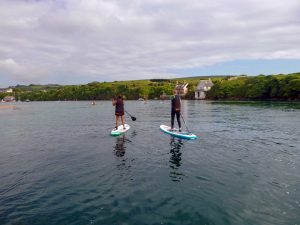 Heading up the Avon Estuary to the Sloop, on SUPfari #2 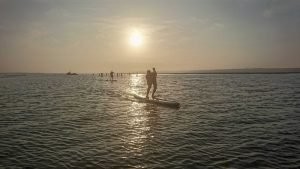 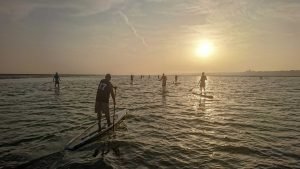 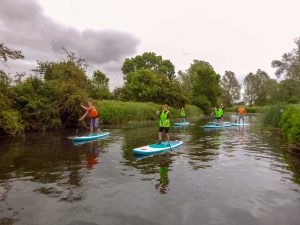 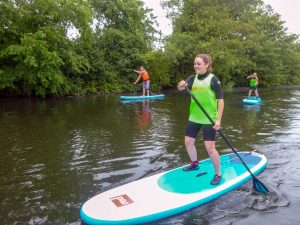 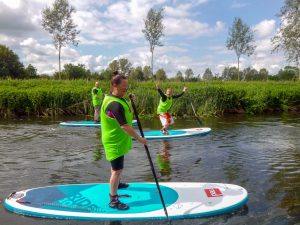 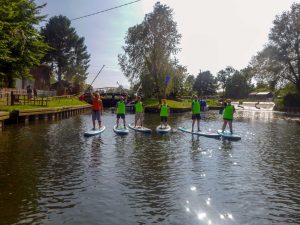