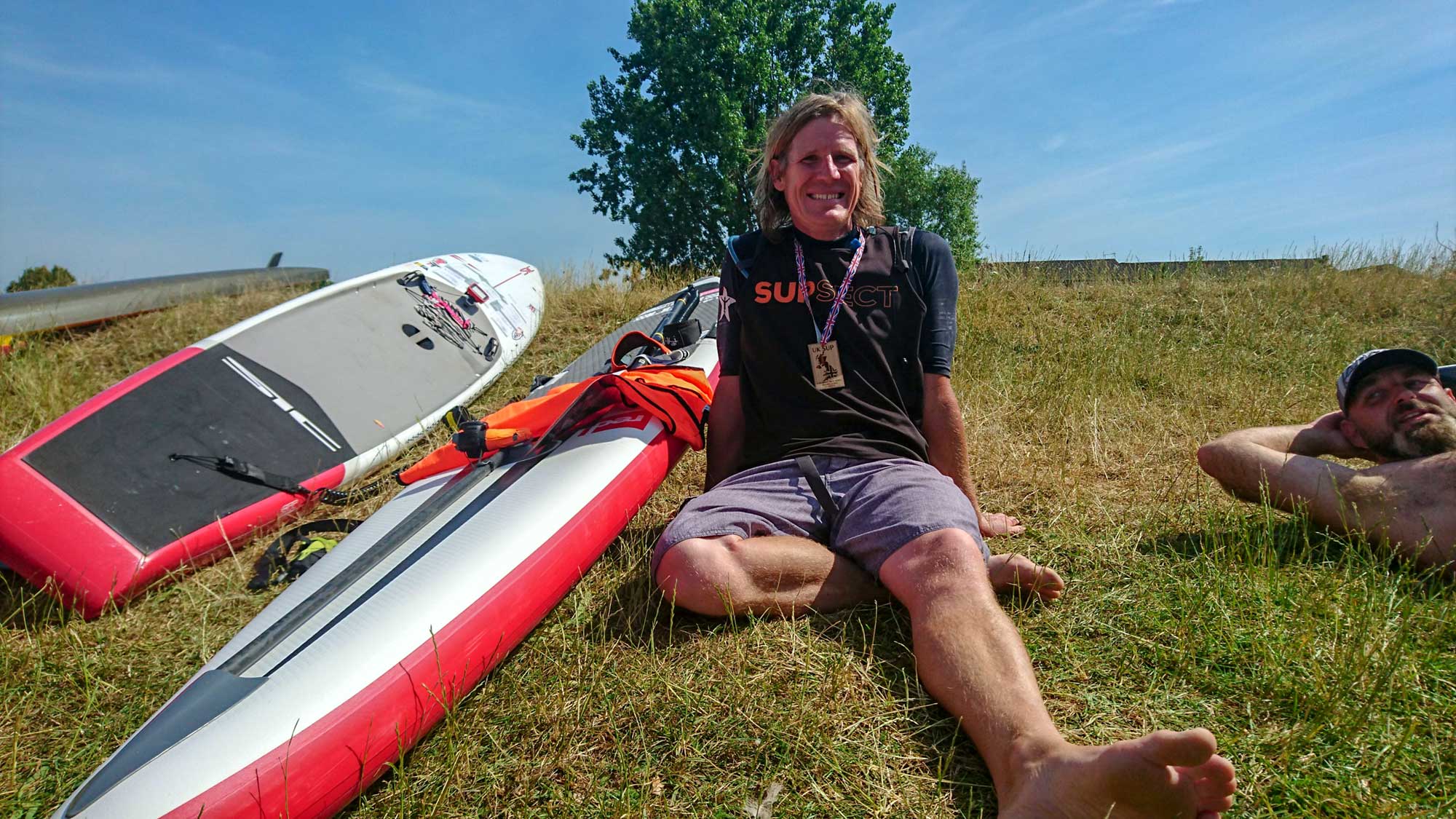 Dunc’s still on cloud 9 following his strong performance at the second big British endurance race of the season yesterday – the Thames Ultra, very ably run by Jo Hamilton-Vale and her amazing team of volunteers at UK SUP / UK Endurance Paddle Series. Although nominally 55k, this race from Longridge Activity Centre in Marlow to Hurst Park, East Molesey, was practically a little closer to 50km via the racing line including a cut or two off the main river. Almost 50 competitors gathered on the startline on Sunday morning in glorious sunshine and rapidly increasing temperatures – with a strong SUP field including last year’s winner Furio Vitali, the super-high cadence Norfolk Ultra champion Chris Thorne, ever-strong Phil Plume, Maff Wall, Pete Stubberfield, and plenty more besides including endurance specialist Alistair Swinsco on his inflatable Red Paddle Elite, plus an ominous pair from the British Sailing Team – Nacra sailor Chris Rashley and former World Champ and two-time Olympian Ben Rhodes, on another 14′ Red Paddle Elite. Hence it has to be said, Duncan was feeling the pressure going into this one. He stayed safe off the startline, resisting the temptation to push too hard too early chasing down Furio, Chris T and Phil who went off quick, but getting into his own pace, which soon saw him 6th SUP on the water just behind Maff Wall and Chris R who were tussling for an advantage up to the first lock. As the race settled down, Maff, Chris and Dunc spent the first 20k paddling at a similar pace and exchanging the ‘lead’ at 4th place as they tussled and chatted their way up to Windsor where the water got properly busy with pleasure boat traffic. Here, Dunc and Maff took the opportunity to pull away from Chris R on his 21.5 inch wide Sprint in the chaotic waters – and as they pulled out, as a pair, past Windsor Castle and into Runnymede, Phil Plume started to range into view. A brief water stop allowed Dunc the opportunity to break way from Maff, as he started to reel Phil in – eventually drawing alongside and passing him around Staines / Egham. Dunc was then able to pull away at Penton Hook lock by pushing on as Phil and Maff took a break for food. The last 12k was just a case of staying mentally strong and keeping on top of a relaxed racing stroke to defend 3rd SUP on the water – with no sign of anyone ahead and just the very occasional glimpse of Chris R, who had moved up to 4th, a comfortable margin behind. His power and motivation stayed strong up to the flag at Hurst Park (just short of Hampton Court) where Dunc was absolutely stoked to finish 1st iSUP within just 7 minutes of the two full-carbon leaders, Furio and Chris T, achieving his absolute best-case-scenario dream result of breaking 6 hours and finishing top 3 SUP overall in a time of 5:52.50. Amazing. Full results and pix @UKPaddleEnduranceSeries on Facebook. Next, Dunc’s going to be putting yet more miles in – now in preparation for the 220km, 5-day SUP 11 City Tour in The Netherlands at the start of September.

Although on a slightly different scale of distance, we had a pretty full-on SUP Club last week too. In a solid westerly breeze we elected to go for it on the coast anyway, from Hullbridge – where, incredibly, we haven’t run a SUP Club for a couple of years now as the tide and/or weather conditions haven’t quite suited it on a Wednesday evening! And despite challengingly windy conditions it went really really well. With some great paddling across the board, 27 of us made it to within sight of Battlesbridge, many getting all the way up the bridge – great work against the grain. Then it was a magic carpet ride home with the wind and tide under a moody sky, before an al fresco midsummer’s night meal at The Anchor Riverside.

So what are this week’s SUP Club plans? Although low tide would be right for the coast, the forecast north-easterly wind is likely to scupper that – so we’re expecting to be back at the river. Probably from Hoe Mill Lock again, but this week heading east for a change (swans and weed allowing!) We’ll be scouting it tomorrow (Tuesday) so stay tuned to @SUPsect on Facebook and/or our SUP Club #14 event right here for more on that.

And then next weekend we’re fully booked for more of our Learn to SUP lessons, and now as we’re in the heat of high summer, bookings are coming fast for our BSUPA Ready to Ride courses – although we still have some spaces available on 7th, 15th and 22nd July and then 5th August via www.supsect.com/learn-to-sup

See you out there! 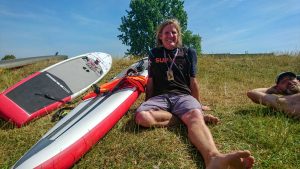 Dunc after his sub-6-hour Thames Ultra 2018, with Phil Plume (right) 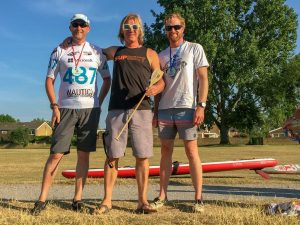 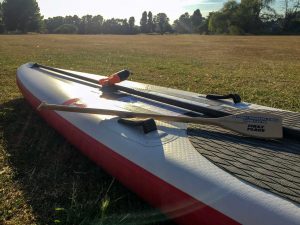 After the Thames Ultra 2018 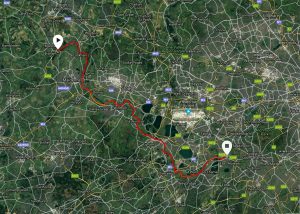 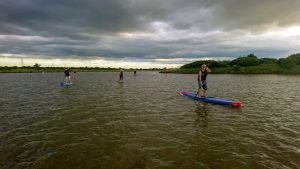 SUP Club, heading back from Battlesbridge on the River Crouch 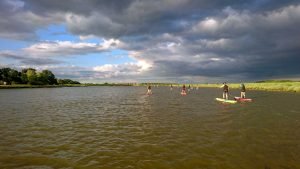 SUP Club, heading back to Hullbridge on the River Crouch