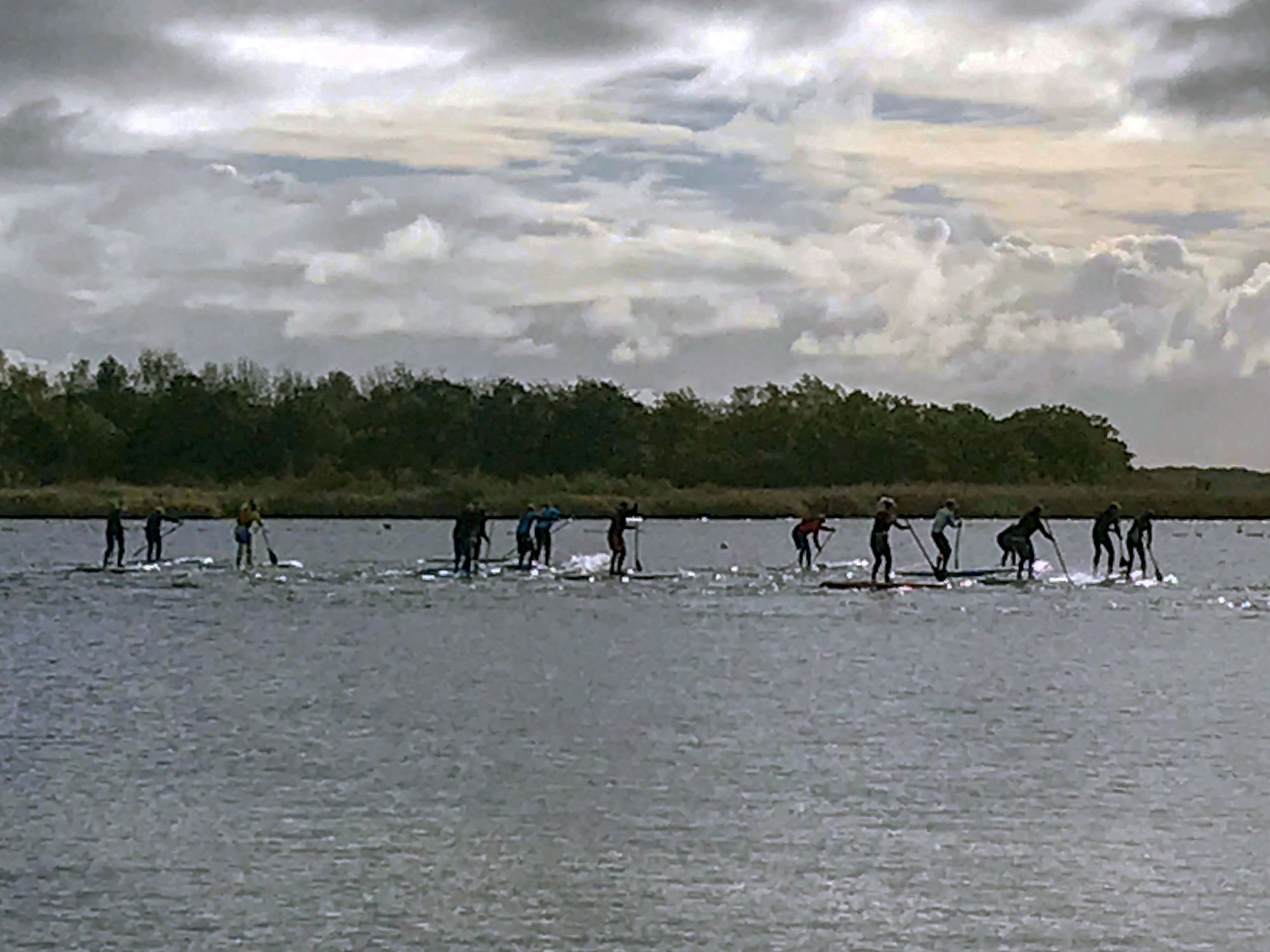 No doubt about it after last weekend, we’re definitely into a different season – and now as the clocks have gone back, we’re unarguably not in summertime anymore. Yet it certainly isn’t game over for paddleboarding, far from it: pick your opportunities, wrap up warm enough and it’s just a different approach is all… Racing is taking priority for some, and SUPsect made up nearly half of the racers for Saturday’s first race of the inaugural EASI winter series up on Hickling Broad. But it’s not all about competition: SUP Club enjoyed the Hunter’s Moon last Wednesday, and we’re hoping for a spooky one come Halloween this Wednesday too, weather allowing!

So we’re fresh back from Norfolk, where on Saturday eight of us (plus three fantastic supporters!) were in action for the first race in the newly formed EASI (East Anglian SUP Initiative) series. Although it was scheduled to be Hunstanton, hosted by Barefoot, we could see the forecast really wasn’t looking good for a North Sea location, and that fierce northerly wind simply wasn’t budging, so the decision was made mid-week to relocate inland to Hickling Broad. With 30+ knots widely predicted, even inland, it seemed the only available option was a downwinder – and Martin at Norfolk Outdoor Adventures ably stepped up to the mark, making arrangements with The Pleasure Boat Inn to host the 20+ registered racers. Following our successful summertime series of ten Race Clubs last season, the amazing British SUP Club Championships last month, and Dunc’s 1-2-1 race coaching (email [email protected] for more on that), SUPsect seems to have quite a groundswell of interest in racing now. Hence we hit Norfolk with a team of eight riders: almost half of the 18 paddlers that made it to the startline… The course was pretty simple: follow the green starboard marker posts the length of Hickling Broad and beyond to the River Thurne, where it was a left turn and 500m to the finish at the swing bridge. Simple! Fortunately, the worst of the weather seemed to have blown through overnight so windspeeds were probably ‘only’ around 20 knots – and even more fortunately, the rain stopped just before we were due to hit the water and the sun came out for the duration of the race! So conditions turned out pretty good, with just enough wind and chop to produce modest downwinder conditions. In fact, the worst water state was probably caused by the safety boat off the startline! Kelvin from Suffolk made the early pace on his 14′ SIC, initially followed by Dunc on his 12’6″ Red Paddle Elite who just wasn’t able to keep hold of full-on 14′ pace in these downwind conditions, and so was soon overhauled by Martin of Norfolk Outdoor Adventures on his 14′ NSP too – Martin was on a charge and made a bid for first place, but couldn’t quite outpaddle Kelvin who finished a few seconds ahead over the 5.3km course. Dunc came in 3rd overall and first 12’6″, followed by super-strong Sam from Barefoot on her 14′ Starboard as first woman home. Next was local legend Mungo for 3rd 14′ on his Jimmy Lewis, then Steve from Barefoot powered his Naish N1SCO to 1st place 12’6″ x 28+ iSUP before the SUPsect cavalry arrived: Al on his Red Paddle 30″ Race was looking good as 2nd 12’6″ iSUP home, very closely followed by Andy on his Starboard for 2nd place in the 12’6″ men and Frangipani Anni on her Mistral 14′ for 2nd woman, just a minute ahead of our Nick on his Red Paddle 28″ Elite for 3rd placed 12’6″ x 28+ iSUP. Behind him were the 14s of Neil from Suffolk and Robbie, before our next pair came through in the open 12’6″ category: Matt ‘PowOw’ and Paul on their 26″ Red Paddle Elites for 3rd and 4th. Victoire from Frangipani arrived 1st woman’s 12’6″ x 28+ on her Naish N1SCO, next came our Kate in 2nd on her JP closely followed by Helen in 3rd on her trusty Red Paddle 30″ Race, finishing just inches behind Suffolk‘s flying Dutchwoman Wilma on her 14’ Aqua Inc. Awesome work all round! Although Martin had arranged boats to take us back upwind to the start, as the wind hadn’t seemed too bad during the sunshine on the way down most racers decided to turn around and paddle back to the top of the broad. Of course, it squalled up a bit at times on the way home – but albeit with varying degrees of effort everyone made it back upwind fine, and soon enough we were enjoying beers, lunch and the presentation back at the Pleasure Boat. Fantastic… Find full EASI Winter 1 results here!

Remember, SUPsect have collaborated with East Anglia’s other big SUP clubs to form EASI: the East Anglian SUP Initiative to run our own regional winter race series. It is open to everyone from novices to experienced racers with classes to suit various board types and locations around the region, to provide differing racing styles and conditions. We’ll be hosting the final event in February and each paddler’s best three results of the five monthly races will count towards an overall ranking – much more on the EASI Facebook page. Revised dates (note; a couple of Sundays might be becoming Saturdays – EASI 2 at Suffolk tbc this week!) and venues are:
• EASI 1 – Saturday 27th October, Hickling Broad, hosted by Norfolk Outdoor Adventures
• EASI 2 – Sunday 25th November (or Saturday 24th? tbc), Alton Water, hosted by Suffolk
• EASI 3 – Saturday 15th December, Chigboro Fishery in Maldon, hosted by Frangipani
• EASI 4 – Sunday 20th January 2019, Hunstanton, hosted by Barefoot
• EASI 5 – Sunday 24th February 2019 (or Saturday 23rd? tbc), South Essex location TBA, hosted by SUPsect

Coming next on the winter race scene, Sunday 11th November is the first round of Bray Lake‘s Frostbite series – a friendly, well-established series complete with changing rooms and warm showers on the former gravel pit west of Windsor! Round one is, according to the Facebook event, a ‘technical river race’, whatever that means… But the guys at Bray do like to mix it up a bit – round two (on the second Saturday in December) will be a night race: yep, in the dark! Then, on the second Sunday of the following three months, details of the following races on the lake (we’d expect a distance and a technical amongst them) should emerge over time via @BrayLakeSUP on Facebook.

But it’s absolutely not all about racing: there’s much much more to paddleboarding than competition… We’re still keeping it social too – and SUP Club‘s not over for the year yet! OK, it was dark last week, but we took full advantage of the full moon on Wednesday evening for SUP Club: Hunter’s Moon which proved a resounding success. We’d never launched an inland SUP Club after sunset before, but were confident that clear skies and a full moon would provide ample light – nevertheless, we were still relieved to see the theory come good! Sixteen of us made a serene and occasionally surreal moonlit paddle of up to 8k from Hoe Mill Lock to Papermill and back before a dozen of us hit The Hurdlemakers Arms for more great hospitality.

And this week, although the clocks have gone back now we’re hoping to go for one last Wednesday evening as it’s Halloween on SUP Club night – so we figured a bit of darkness would be perfect for a spooky paddle. (Fancy dress not compulsory, although quite a few of our paddlers already seem to have sorted their costumes!) Of course, the weather doesn’t seem to be playing ball: we’re still holding out a glimmer of hope that the wind might back off enough into Wednesday evening to allow us another little trip into Old Leigh from Chalkwell. But having heralded this Halloween paddle for a few weeks now we pretty much knew we’d jinxed ourselves – there’s currently a south-easterly breeze on the forecast, which could see us relocate to Chelmsford city centre, subject to a recce tomorrow … unless it’s forecast cold and raining, in which case we might regrettably be forced to abandon. Watch SUP Club #31 and @SUPsect on Facebook for an update tomorrow and the full call on Wednesday. 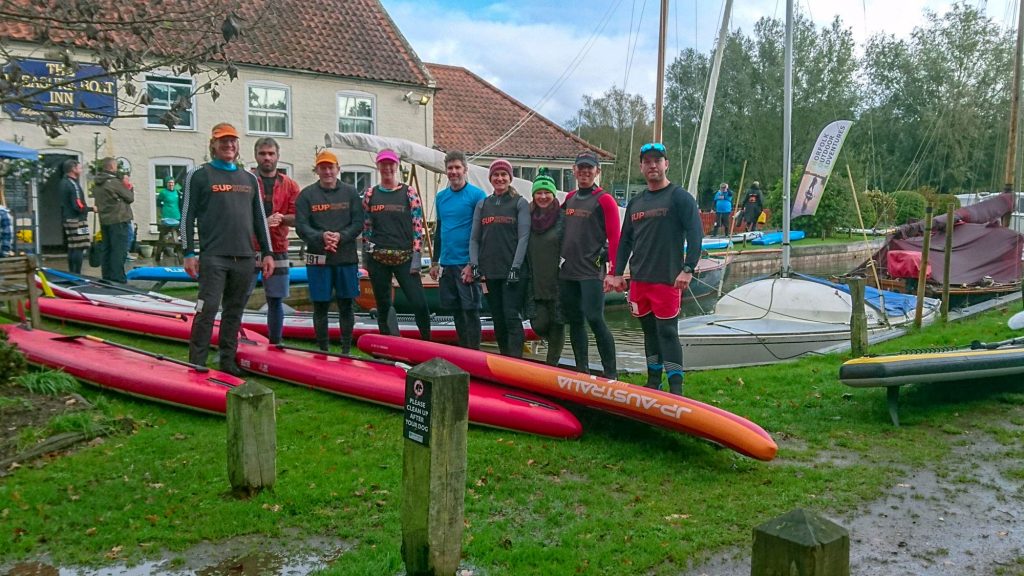 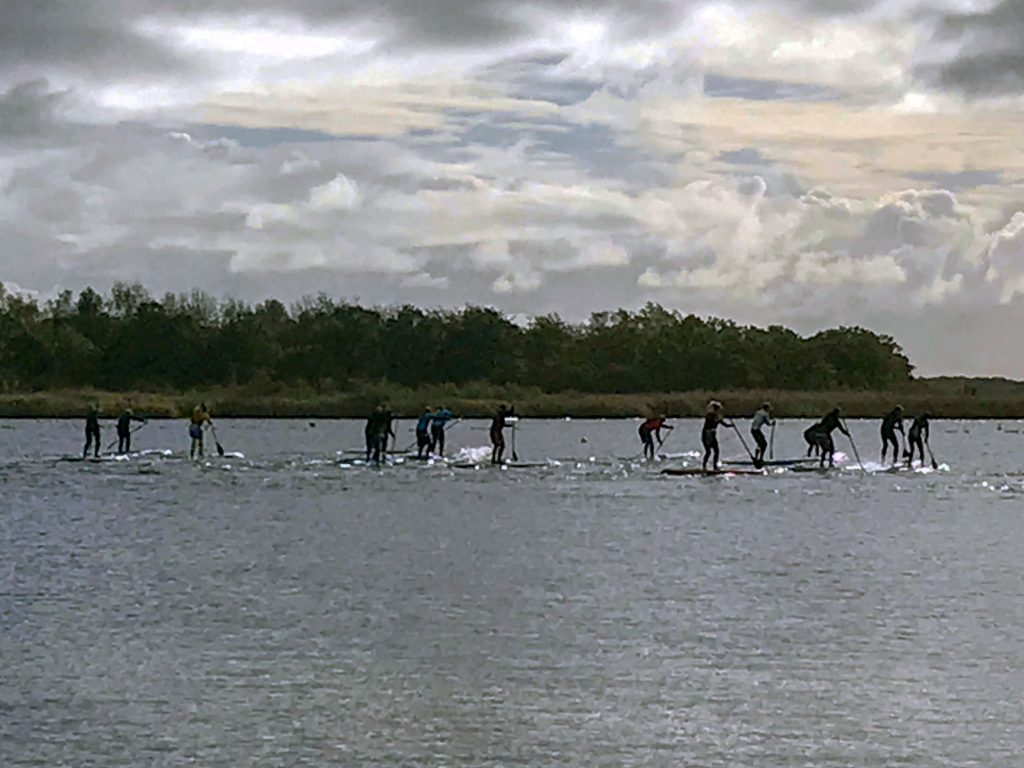 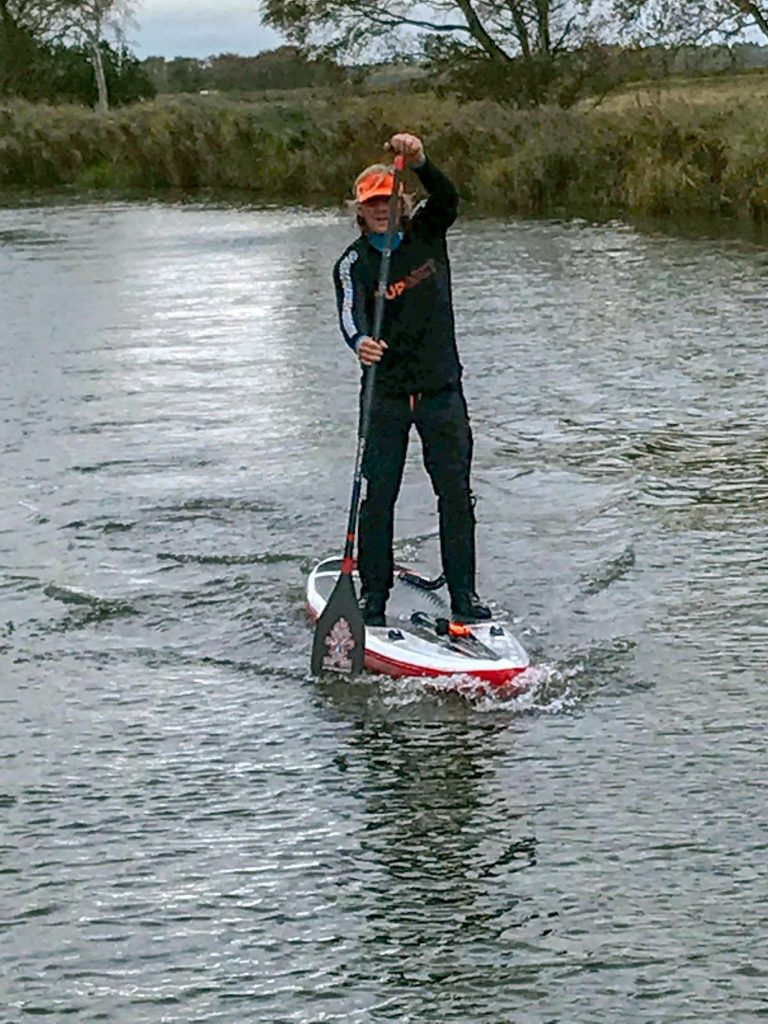 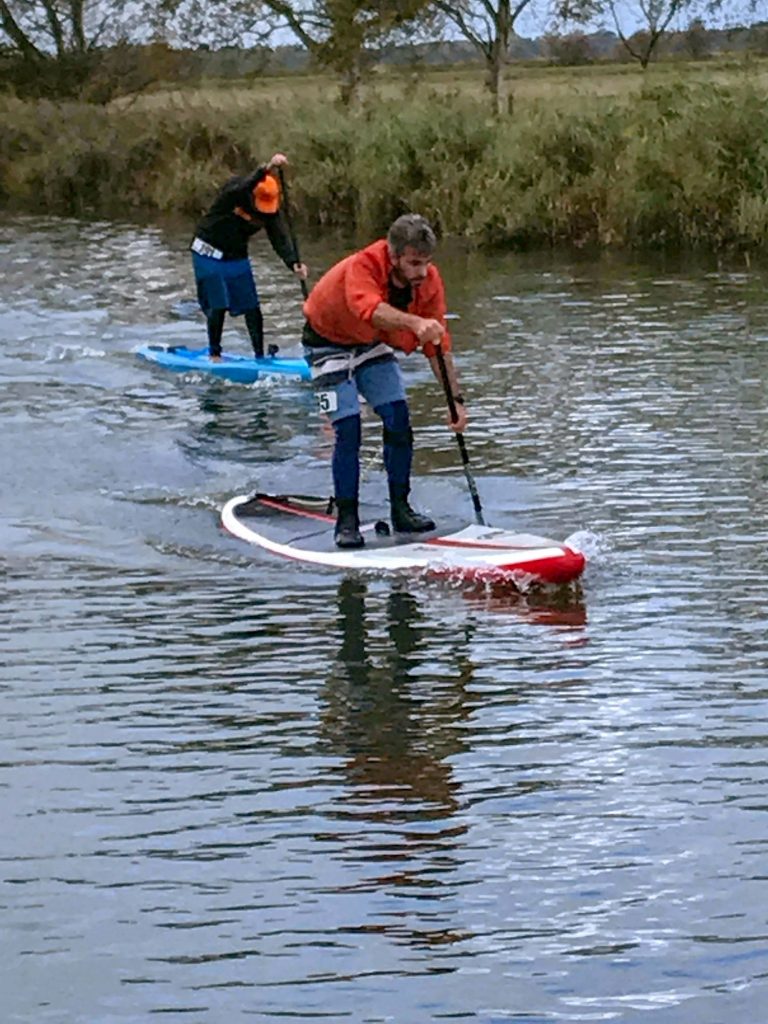 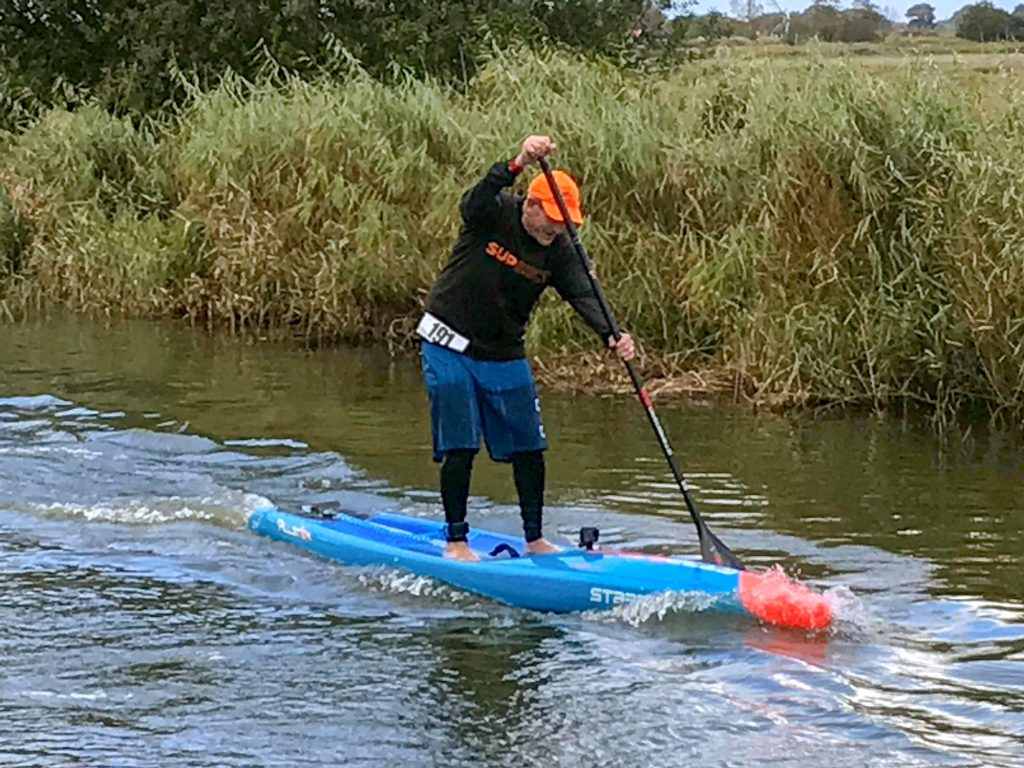 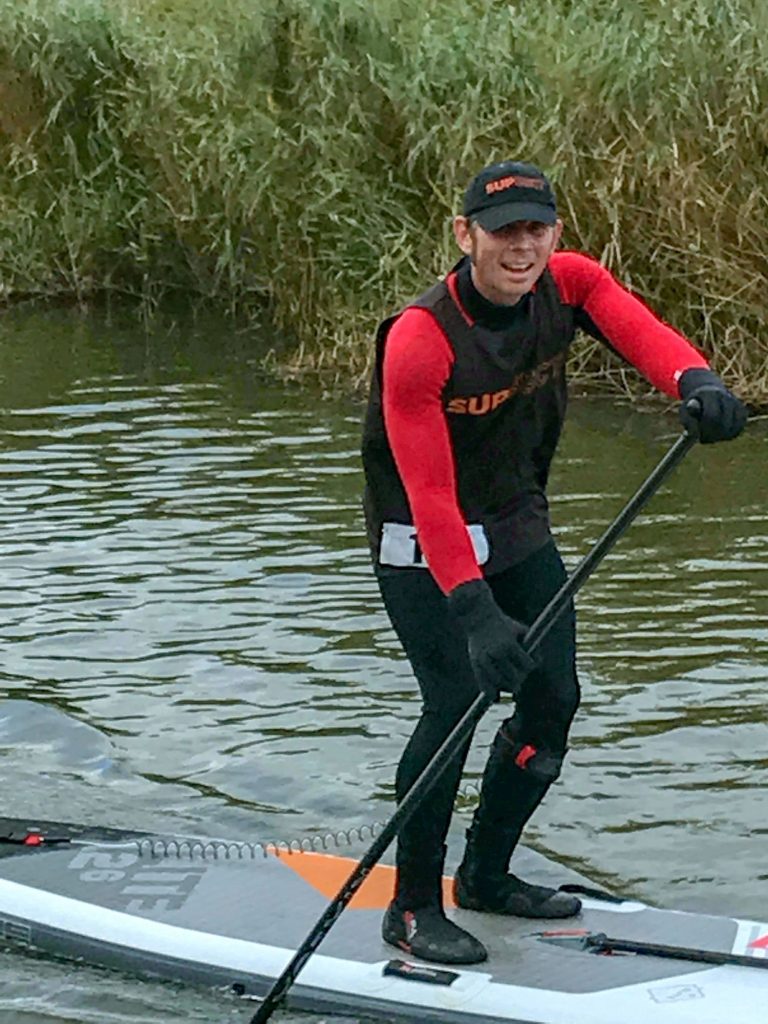 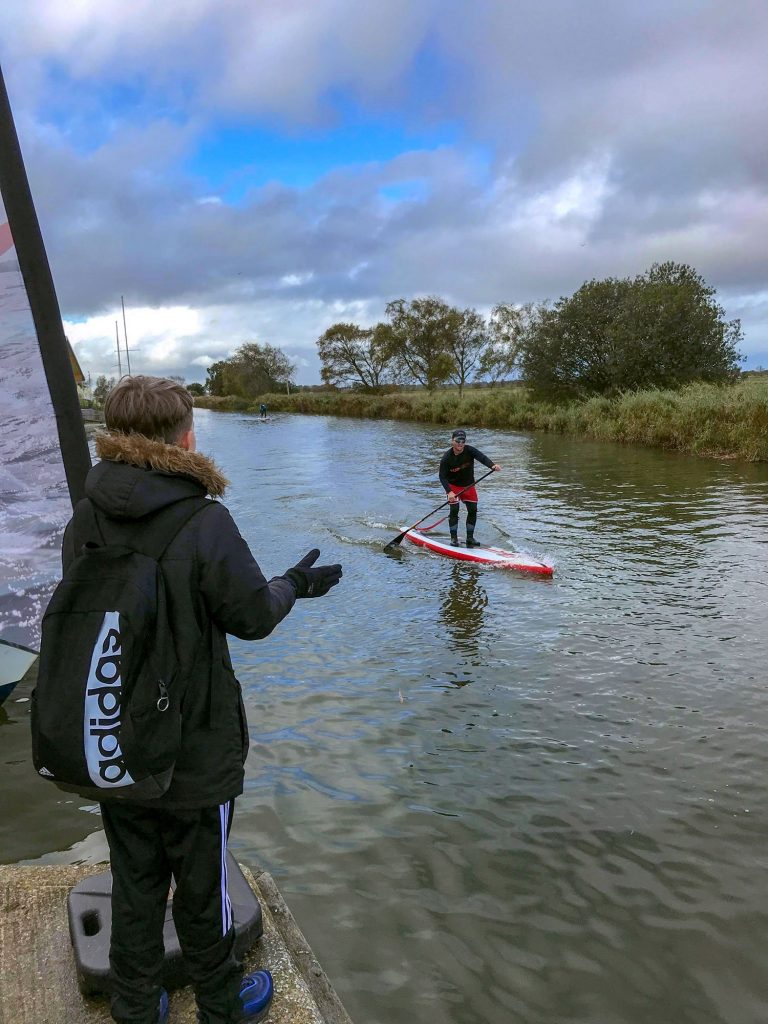 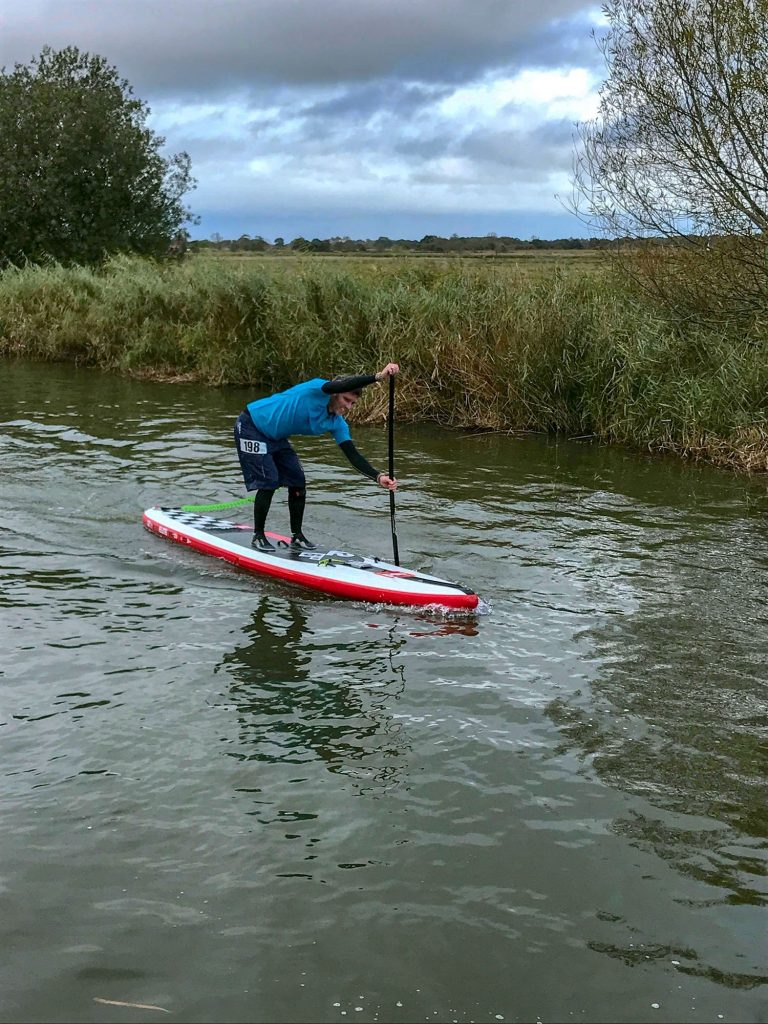 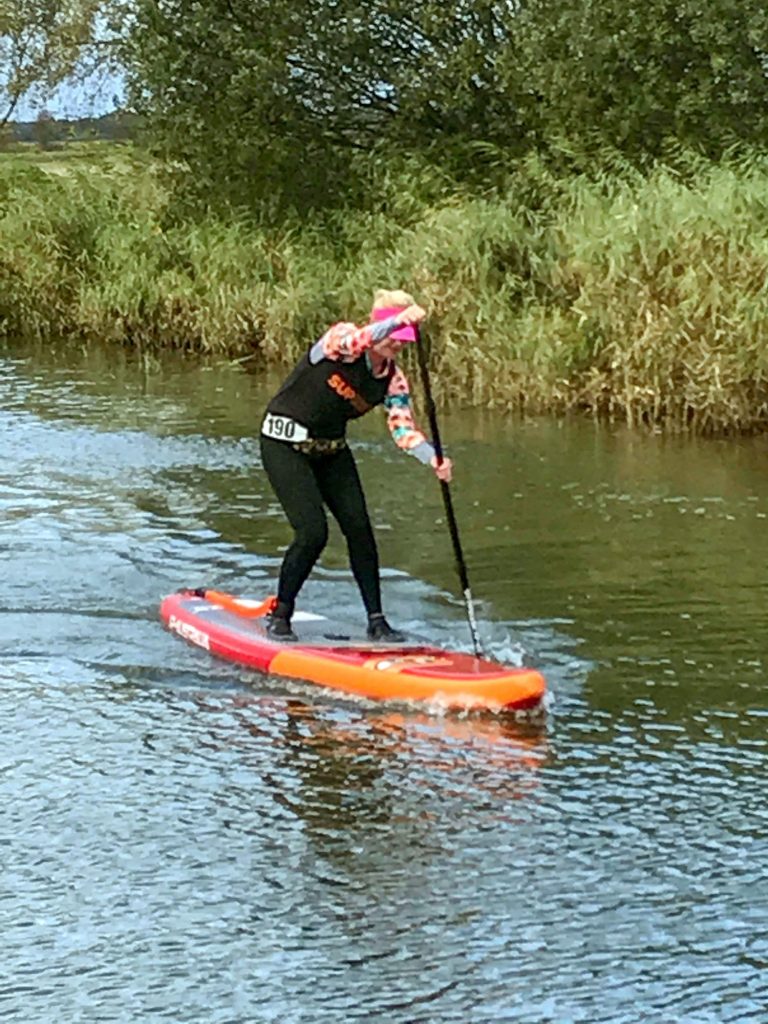 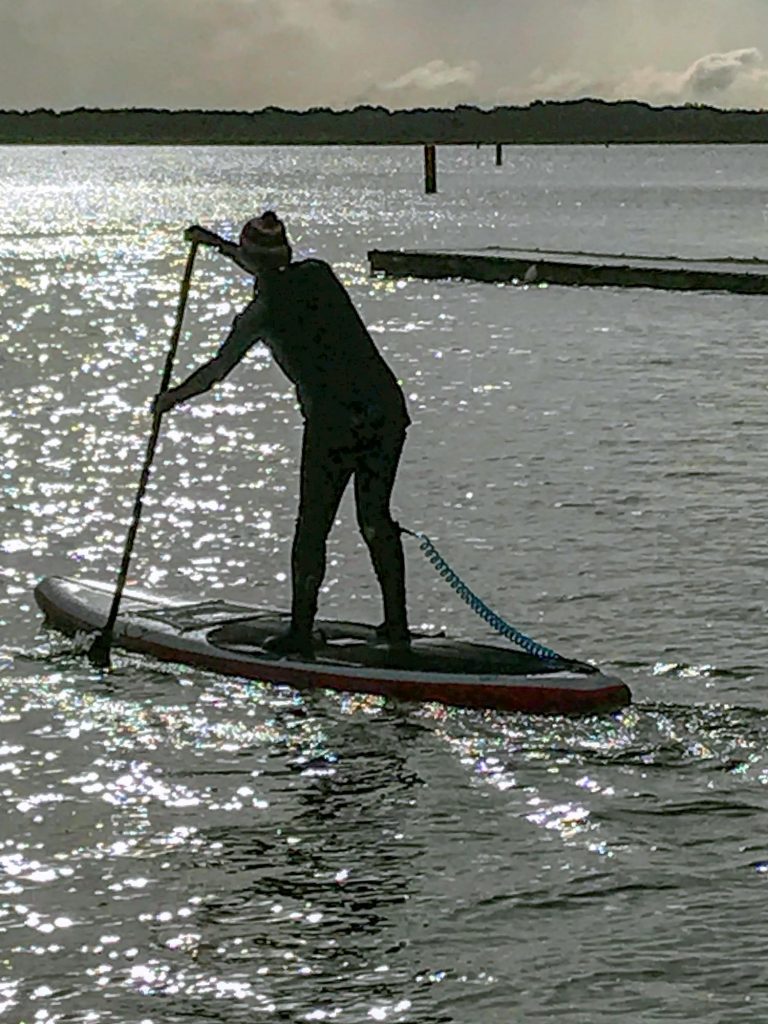 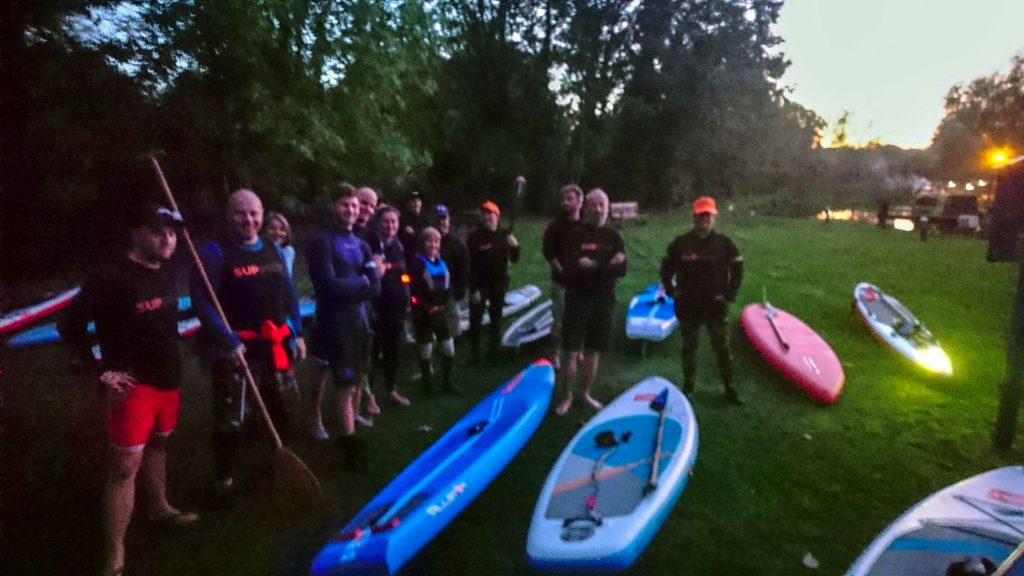 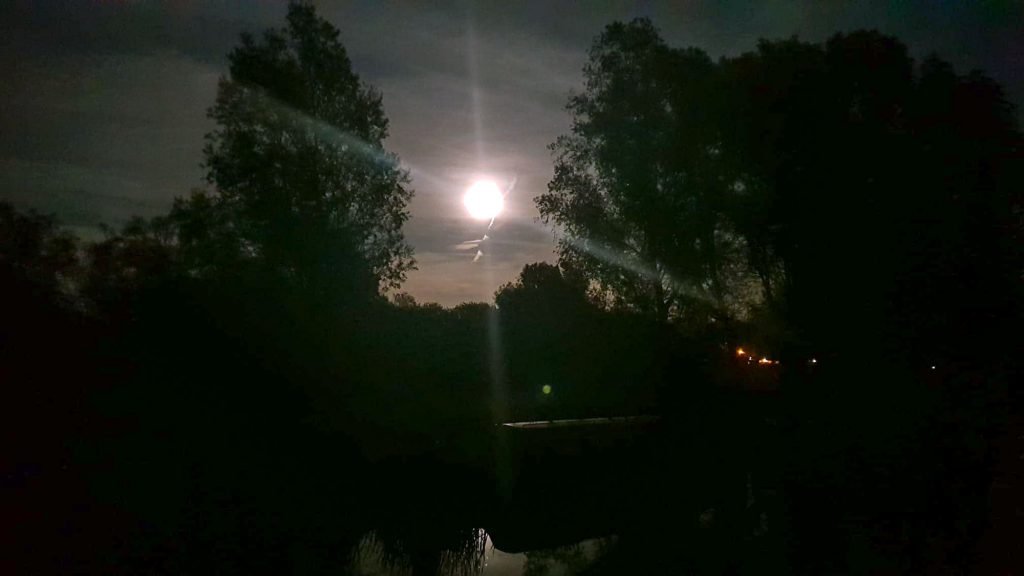 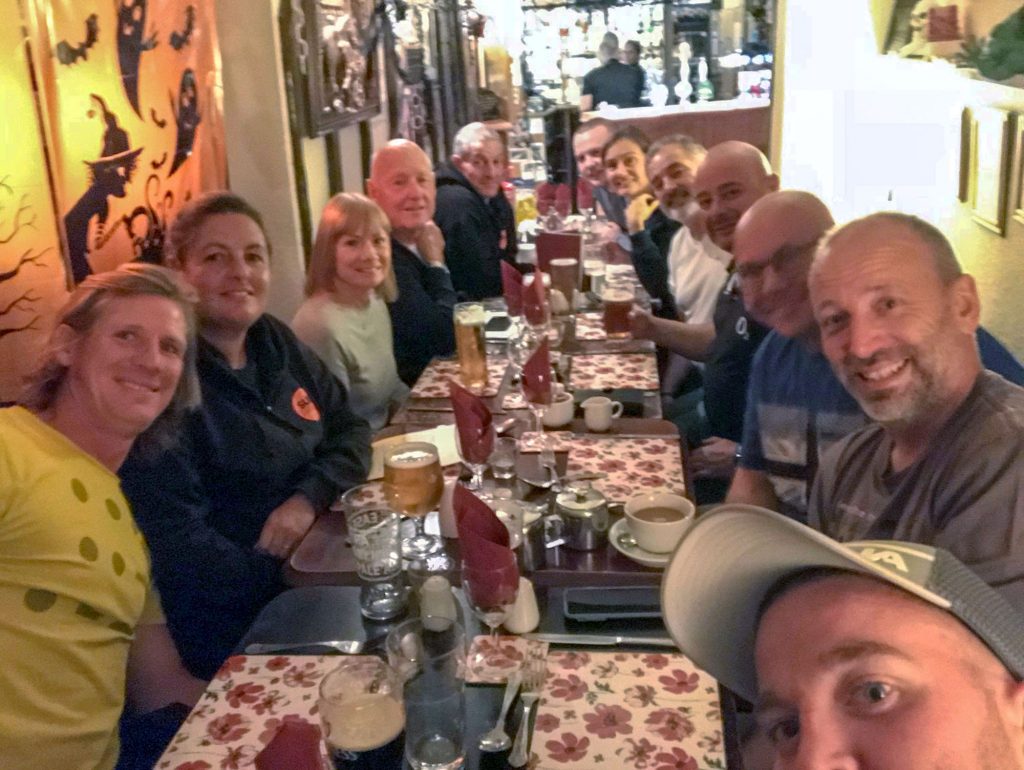