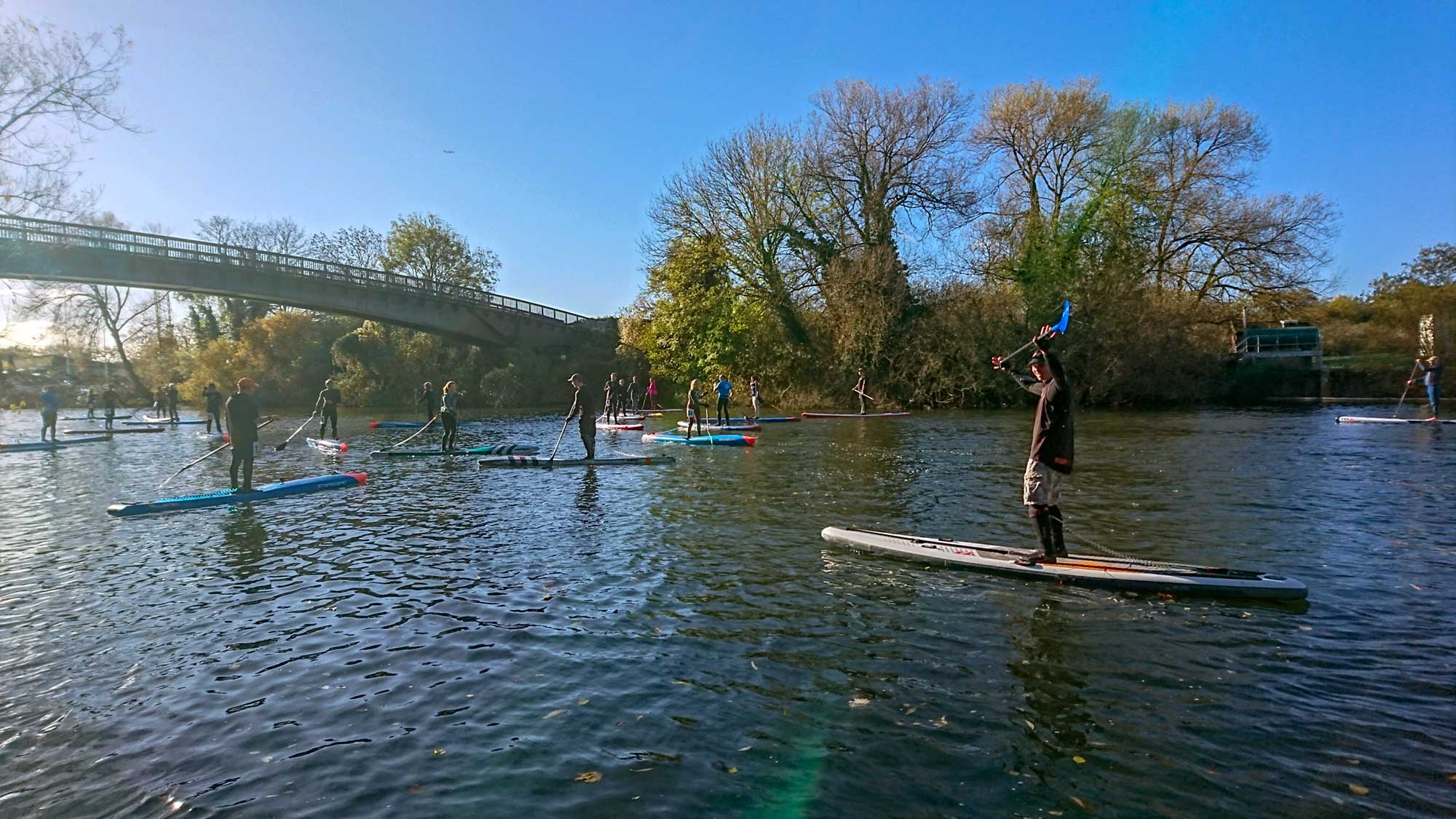 It’s been a wet and windy week, hence understandably there’s not been so much recreational paddling going on – but it’s still been great for race training, as the ‘off-season’ is very much on right now! Suitably well prepared, yesterday five of us returned to Bray Lake (aka: Monkey Island!) for the first of their excellent Frostbite series of winter races, where out of 35 paddlers in all we were stoked to finish with four podium places…

Bray Lake‘s Frostbite is a well-established winter race series based at their former gravel pit up Monkey Island Lane (the venue for September’s British SUP Club Champs) just west of Windsor. This first round was billed as the ‘river race’ – something conditions didn’t allow last winter – with a c. 8km course down the River Thames to Boveney Lock and back. Bray‘s winter series has always attracted a few from outside of their own club, but reputation has obviously spread as some 35 riders had entered for this one! Arriving early on Sunday morning, car-parking was already at a real premium as alongside the locals there were plenty from Oxford SUP, the SHAC, the south coast and elsewhere – plus five of us from SUPsect out in Essex. The briefing was pretty straightforward: we’d be carefully paddling down ‘the cut’ to the main River Thames and starting under the footbridge in five fleets from novice to men’s hardboards. Then it’d be about 4km downstream to turn at the ‘danger post’ beside Boveney Lock, before heading back into the wind and stream. First off went the novices and juniors for a reduced 6km course, then (at minute intervals) the women’s inflatables, men’s inflatables, women’s hardboards and men’s hardboards… All five of our team were riding 12’6″s: Dunc, Nick and PowOw on iSUPs, Ian and Andy on solids. Having started a couple of minutes before the hardboards, Dunc on his 26″ x 12’6″ Red Paddle Elite was soon able to take the lead on the water and held on out front until well beyond the turn at halfway, before first Charlie and then Chris in the 14′ hardboard fleet charged past midway home on the tough upstream / upwind section. Dunc finished third across the line and very happy with 1st inflatable overall in a time of 56:51.3. Next of us home was Nick to claim a storming 3rd in class on his 28″ x 12’6″ Red Paddle Elite in 1:01:55.5 – he was only narrowly pipped across the line by the winner of the 14′ iSUPs! Ian followed soon after to take an awesome 2nd place in the 12’6″ hardboard fleet on his Infinity Blackfish, second fastest of ‘the sect’ in 1:01:20.1 having stayed firmly in touch with local hero Scotty for the entire first half of the race. Andy brought his Starboard AllStar home in 1:04:55.3 for 3rd 12’6″ solid, closely followed by PowOw on his 26″ x 12’6″ Red Paddle Elite who’d bravely battled on through the pain despite his back locking up early in the race. Full results on Webscorer. Thanks again to all at Bray Lake for a great day, especially Marcus for race directing. Next up on Bray‘s Frostbite series is the ‘night race’, on the lake … in the dark! That’s 6pm, Saturday 8th December: find the Race 2 event @BrayLakeSUP on Facebook.

Next on the winter race circuit, in a couple of weekend’s time we’re looking east to Alton Water on Saturday 24th November as it’s Suffolk’s turn to host the second round of our inaugural regional EASI series – entries now open via Webscorer. We at SUPsect have got together with East Anglia’s other big SUP clubs to form EASI: the East Anglian SUP Initiative to run our own regional winter race series. It’s open to everyone from novices to experienced racers with classes to suit various board types, at locations around the region to provide differing racing styles and conditions. We’ll be hosting the fifth and final event in February 2019 and each paddler’s best three results of the five monthly races will count towards an overall ranking – much more on the EASI Facebook page. Revised dates and venues for the remainder of the series are:
• EASI 2 – Saturday 24th November, Alton Water, hosted by Suffolk
• EASI 3 – Saturday 15th December, Chigboro Fishery in Maldon, hosted by Frangipani
• EASI 4 – Sunday 20th January 2019, Hunstanton, hosted by Barefoot
• EASI 5 – Saturday 23rd February, South Essex location TBA, hosted by SUPsect

And all this talk of winter has inevitably got us thinking about the silly season next month! We’re beginning to plan a couple of festive get-together drinks nights – provisionally Friday 7th December in Leigh, and Wednesday 19th December in Old Leigh – where it would be great to see whoever can make it. Plus we’re hoping to head back to Chelmsford for a Xmas SUP Club through the city on Sunday 16th December. Stay tuned to @SUPsect on Facebook for more on all that… Plus, if you’ll excuse the blatant plug, if you want to give the gift of SUP this Christmas remember we offer £50 paddleboard lesson vouchers that could be the perfect present for any friends or family that have expressed a genuine interest in getting into SUP. Valid for the whole of next year, the lesson can be booked at any time throughout the summer and comes complete with our unrivalled stand-up guarantee! More at www.supsect.com/paddleboard-gift-voucher 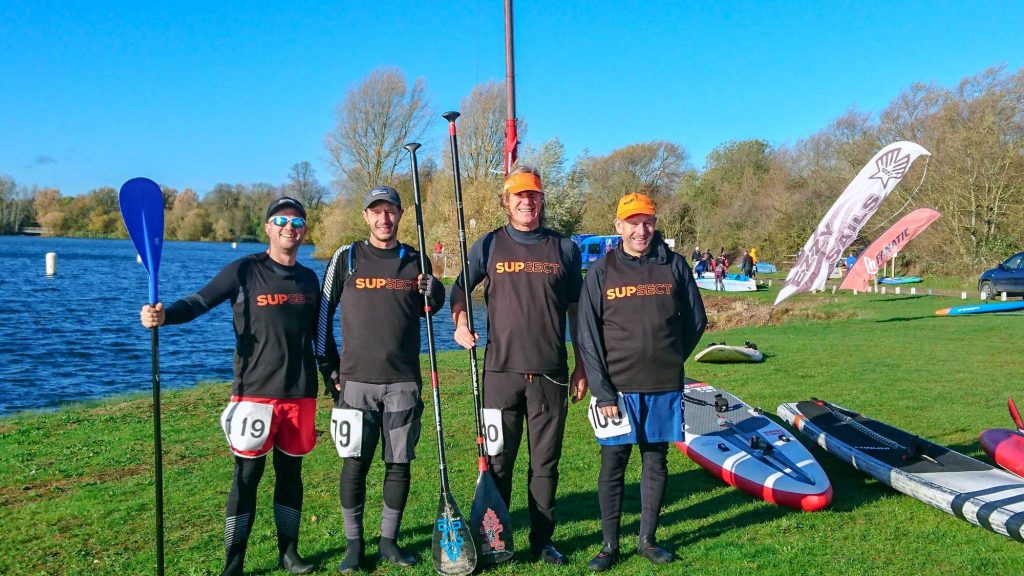 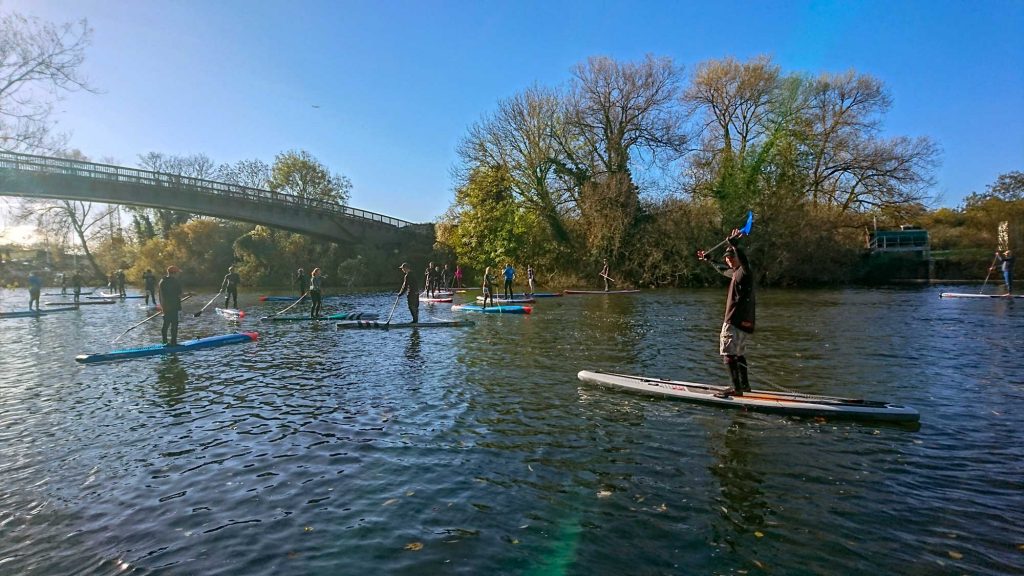 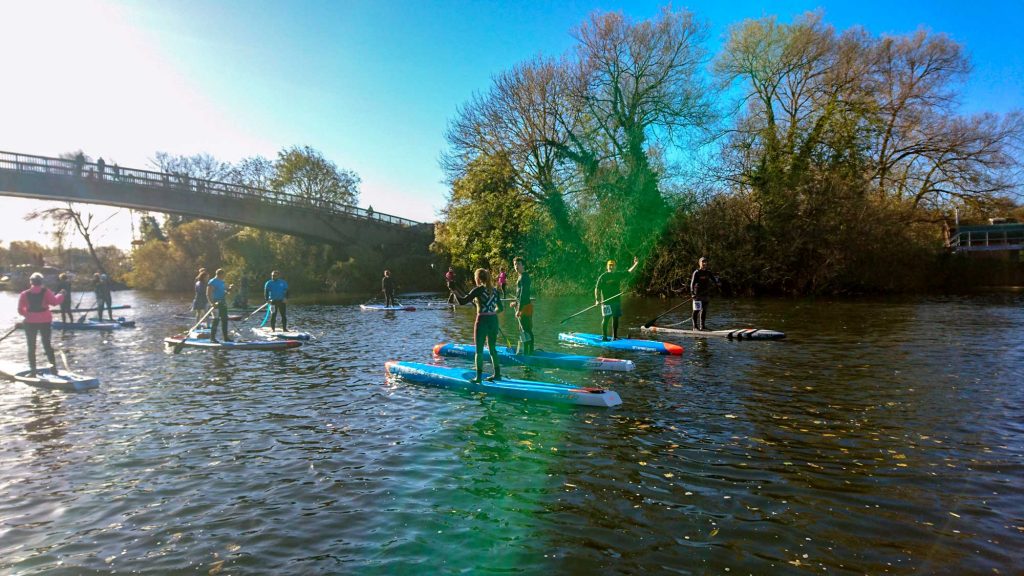 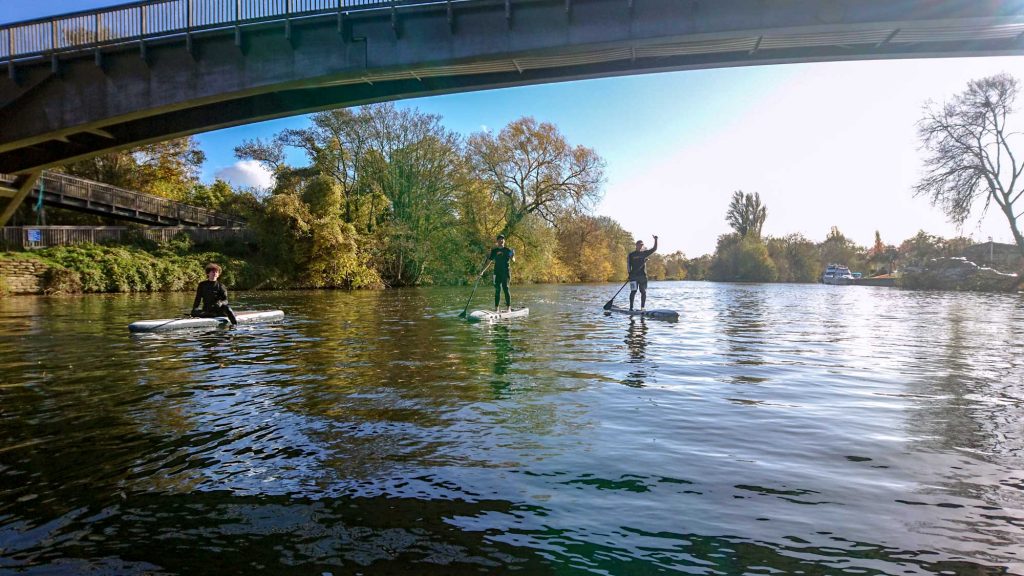 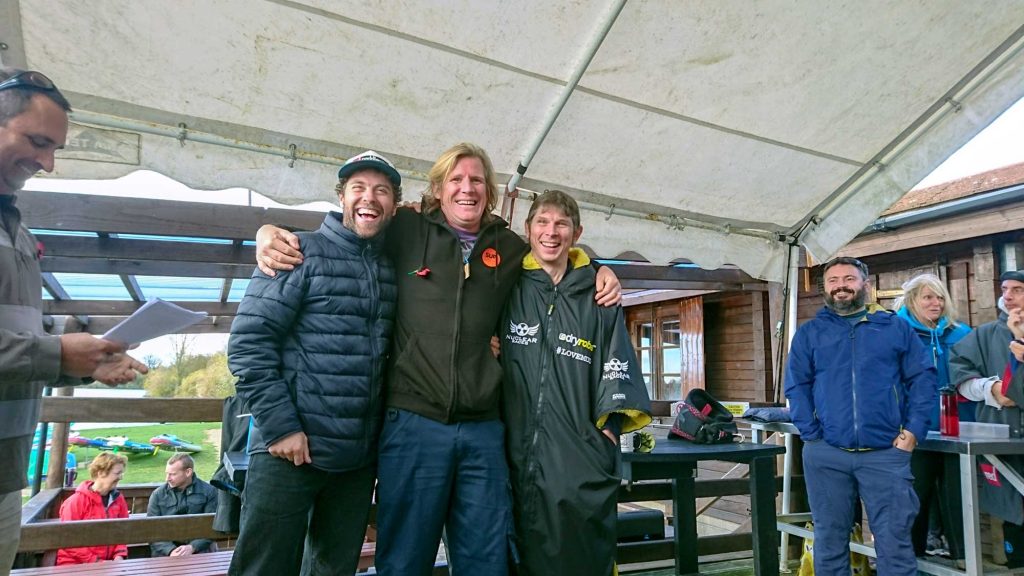 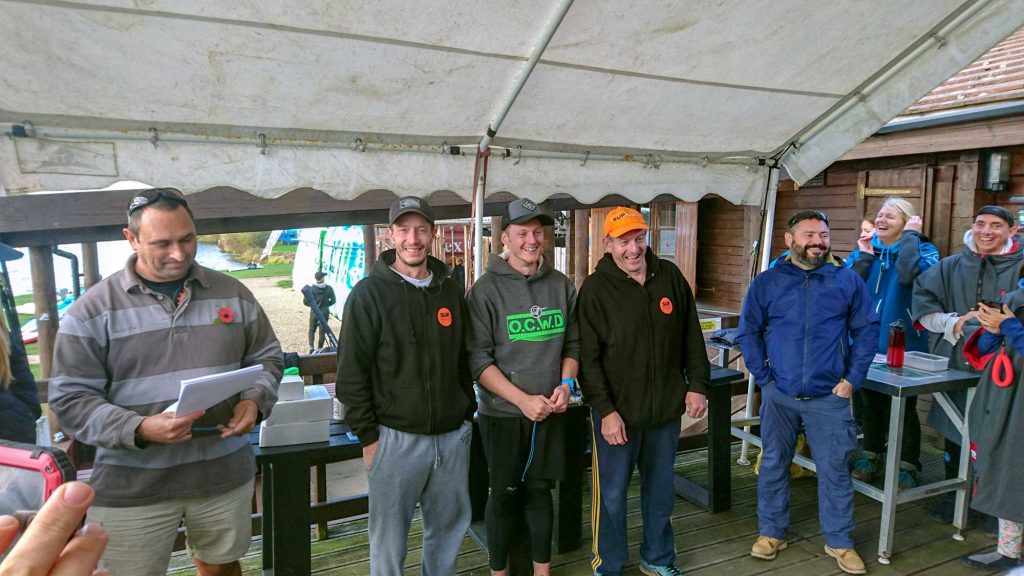 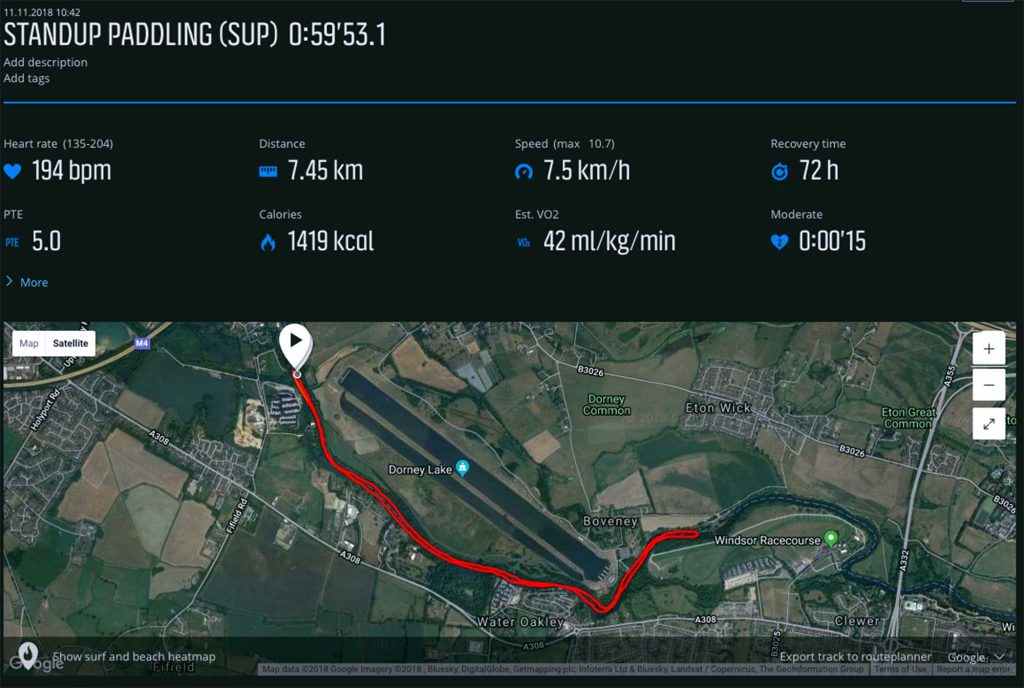