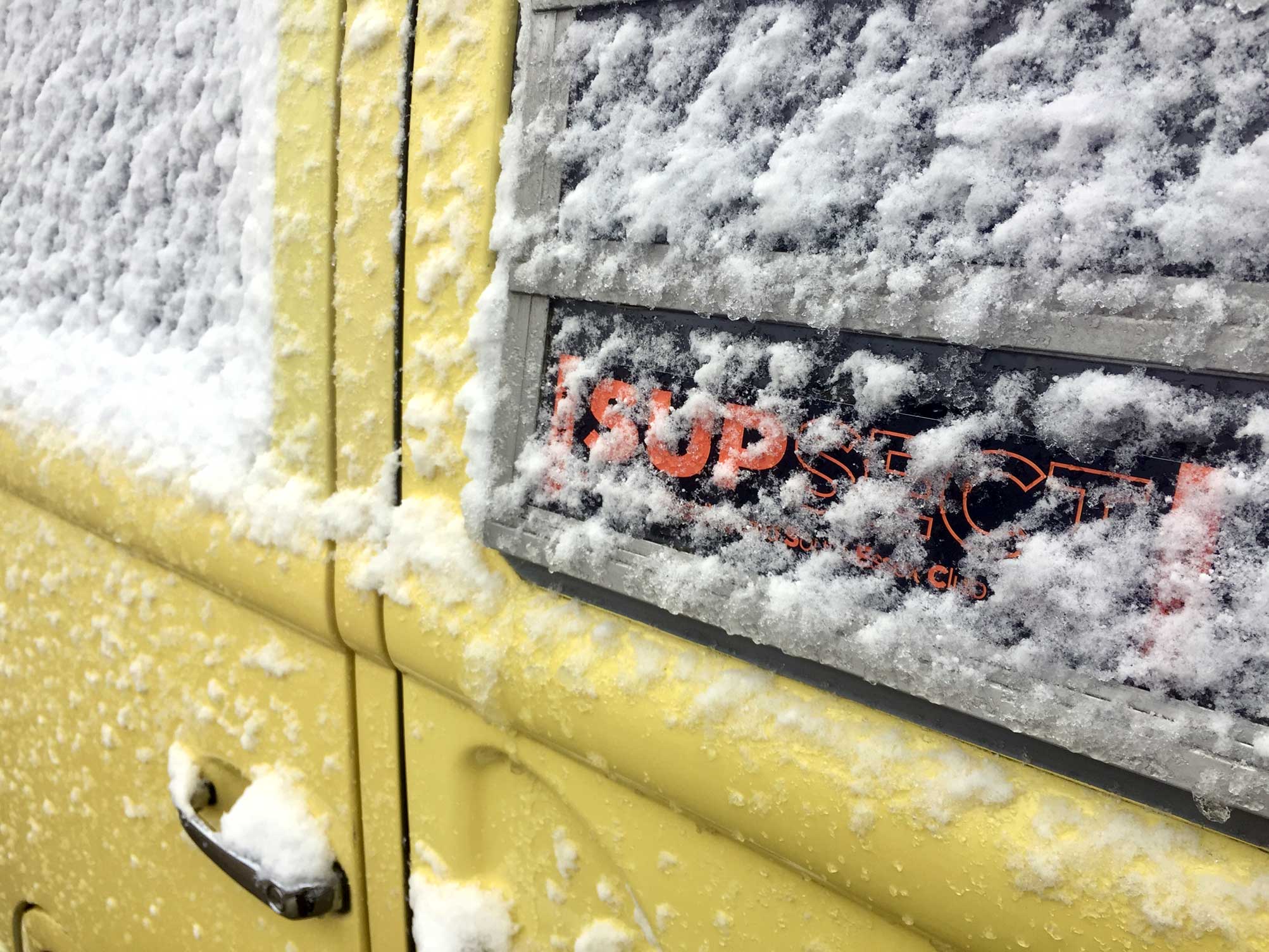 Not all of the doors were frozen shut, but the kit certainly didn’t come out of the van over the weekend. It was so widely forecast that it couldn’t have come as a surprise to anyone, yet the snow, ice and bitter easterly wind is still a shock to the system eh? Especially as last week turned out so pleasant at times – easily nice enough for several of us to venture out individually…

Dunc took his race training back to the river at Paper Mill Lock on the River Chelmer for the 15k Barnes Mill loop. Has to be said it’s still flowing really strong – and there seems to be an issue near Mill House at Little Baddow Mill Lock which looks to be breached below the waterline. Hence, despite such a strong stream, the stretch between there and Stonham’s Lock is running really low – shallow enough to ground the paddle in several sections.

Another thing that’s struck a few of us now (with thanks to Ian, our head Womble, for highlighting it in the first place) is that there’s a fair bit of plastic and other rubbish caught in the riverbanks up there. We will be organising a ‘paddle and pick’ sometime soon to try and give it a bit of a spring clean before the foliage grows back for summer.

Ian was away with work, but also in training towards Battle of the Thames at the end of April – and looks like he got out for a tidy trip on the Thames near Oxford. Back home, Steve W and Stuart R enjoyed a down-tider to Thorpe Bay, while Al hit the Benfleet loop from Two Tree on Friday … and then before the snows came, and as the sun went down, our South Fambridge crew of Kev, Andy and Steve got out for a dusky night paddle. Good work!

With the spring equinox tomorrow and the clocks going forward next weekend, surely winter will loosen its grip soon. But maybe it’s holding on for the last of the Frostbite series of races – Suffolk SUP are concluding their winter series this coming Sunday 25th March back over at Alton Water. More at www.facebook.com/suffolksup/ and entries now open here.

Dare we dream that temperatures might have risen to dizzying double figures by then, as per early forecasts? Forget paddling today, and although temps will begin to recover tomorrow it still won’t be exactly warm in a solid northerly wind. Then the breeze backs north-westerly and lightens to potentially do-able on Wednesday, before maybe the best day of the week on Thursday. Potentially sunny and 11°C, light to moderate west to south-westerly winds and high tide of 5.5m at 15.40 could suit Two Tree Island or Hullbridge very nicely indeed. And if it turns out breezier you’d hope the meltwaters should have flowed through Mill House, Papermill and Hoe Mill on the Chelmer by then?

So we’ll hopefully see you on the water very soon! We’re still counting down to SUP Club season, with fingers crossed for 9 days’ time now. And we’re beginning to gear up for the start of our Learn to SUP teaching season. Meanwhile stay tuned to the SUPsect Facebook and @SUPsectUK Instagram for more… 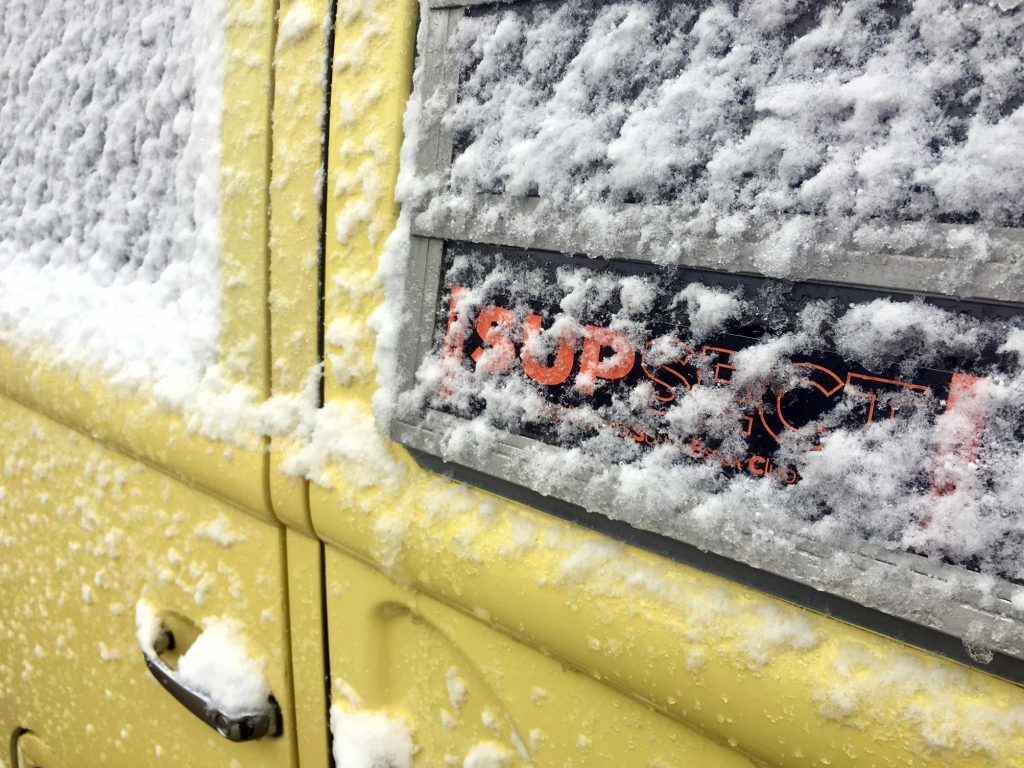 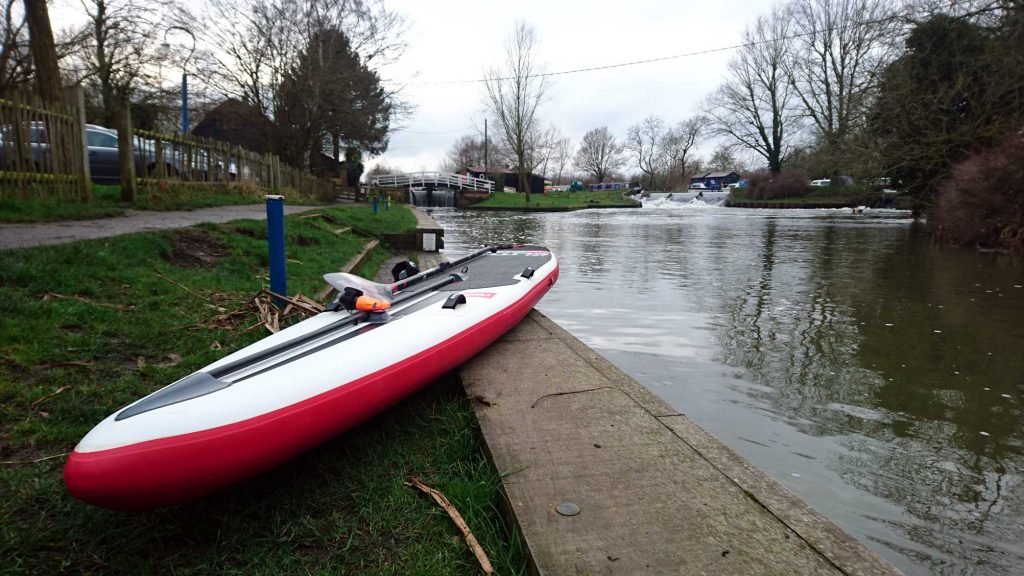 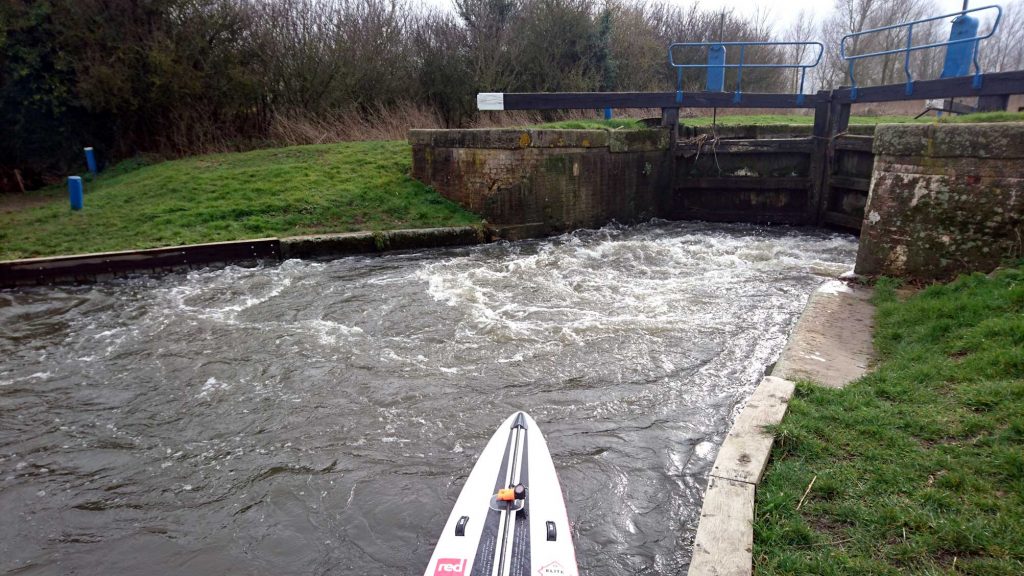 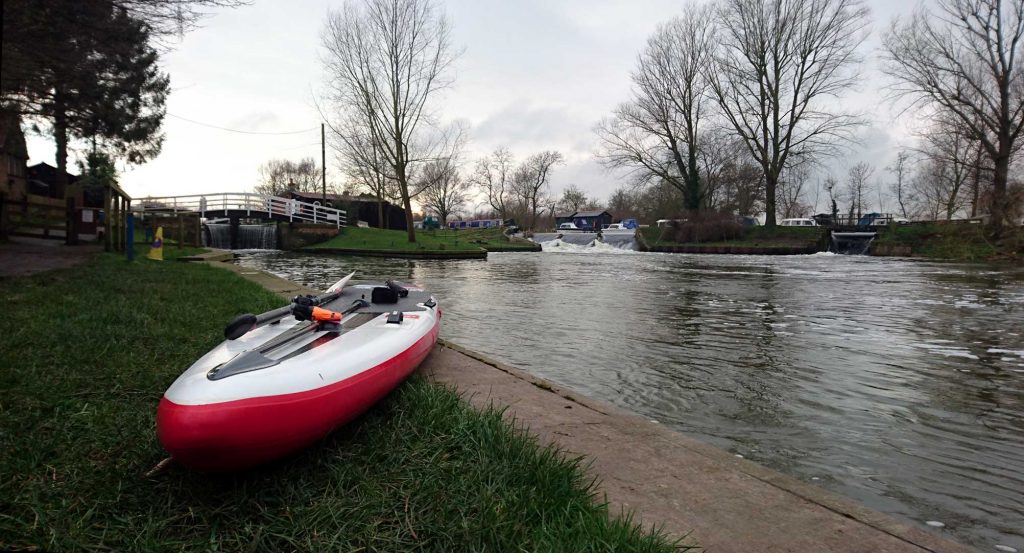