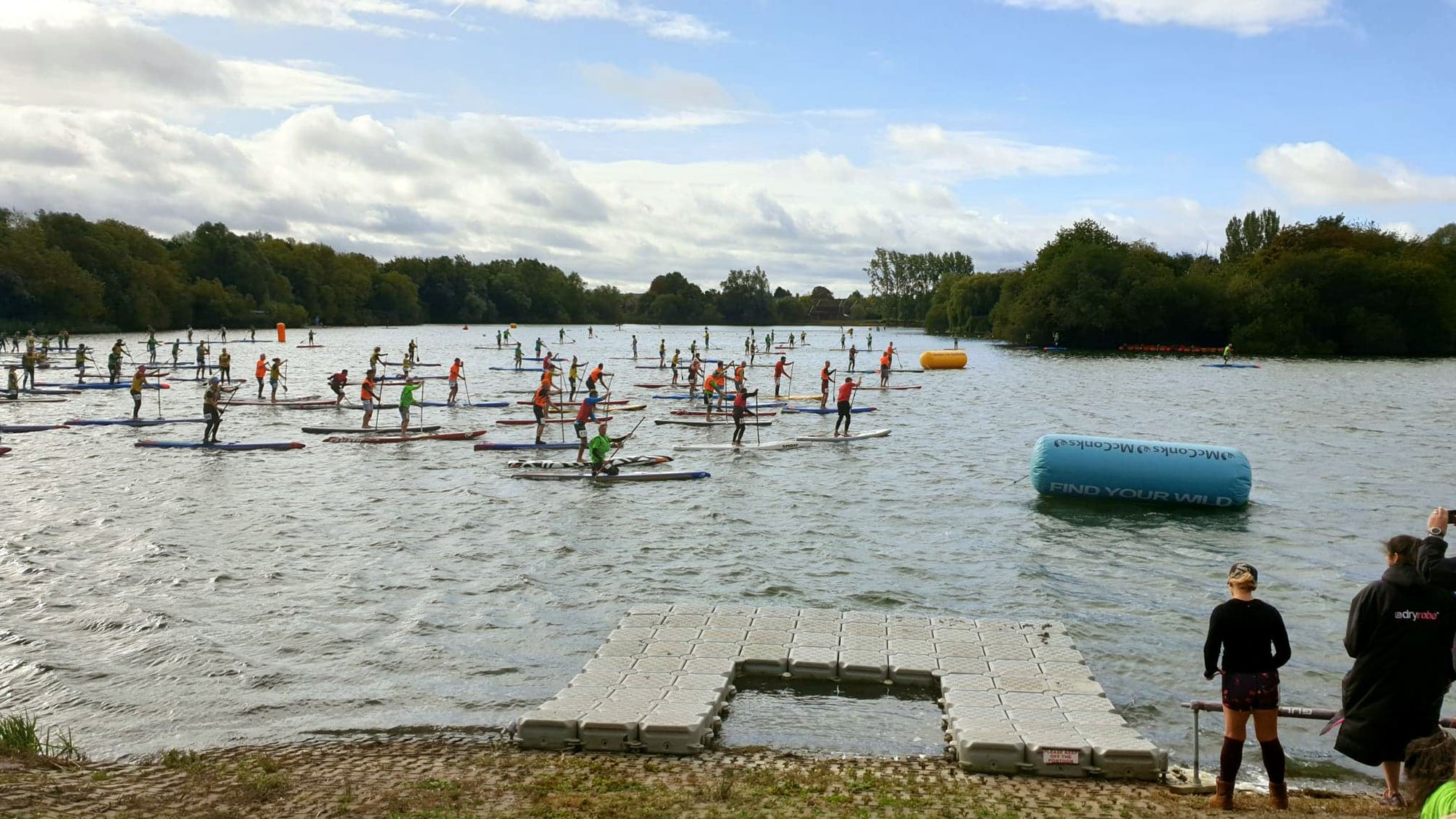 We’ve had an amazing end to our summertime SUP season, with a massive second place at the biggest British SUP Club Championships ever versus 19 other clubs at Bray Lake three weeks ago, plus a few more fantastic SUP Clubs. But our paddleboarding year’s still far from over – we’ve got one last Wednesday evening SUP Club planned, plus a Halloween special, a winter SUPper club, and Xmas drinks alongside weekend manoeuvres on suitable forecasts as we switch into winter mode to make the most of the conditions on offer in the colder months! Plus we’re also looking forward to the start of our EASI race series next month in association with the other major East Anglian clubs…

Talking of SUP Club, although the nights have certainly been drawing in it’s not stopped us getting out on a Wednesday night – we’ve just been a little more careful and illuminating ourselves with green and red lights just lately. The second weekend in September we had some fun tucked out down the dogleg from Two Tree Island with a couple of rounds of SUPdog, another big game of surf hockey, and a tuned-in chill-out zone under the setting sun and rising moon – more here. The following week we scored an amazing sunset on a very much non-standard ‘upwinder’ as the ebb tide pulled us east from Chalkwell to Thorpe Bay against the breeze – more here. Next was our first SUP Club ‘night paddle’ of the autumn which turned out to be one of our favourite river meets of the year! A 6.5k loop from Papermill to Stonham’s Lock on the River Chelmer, lit up for the return leg, followed by another super supper at our favourite pub, the Six Bells Boreham. More here. Then at the start of October, 22 of us started crazy early to catch the tide for a magic 7.5km sunset downwinder on the ebb tide for our classic Chalkwell to Thorpe Bay route, followed by dinner with somewhat questionable service at the Shorehouse Harvester – more here. And for the last two weeks we’ve really enjoyed turning to full-on lit-up night mode for super-chilled paddles on the river from Paper Mill Lock, followed by more unrivalled hospitality at the Six Bells – more here and here… Coming up, next week’s our last Wednesday night SUP Club of the year before the clocks going back marks the end of our summertime season – but then the following week we’re planning a Halloween special on Thursday 31st, plus we’re considering a special SUPper club meet on Wednesday 27th November, then Xmas drinks on Friday 20th December – keep up with that and more via our social media channels: @SUPsect on Facebook and @SUPsectUK on Instagram.

Back to racing and a few of us are off to Kingsbridge South Devon next weekend for the culmination of the GB SUP race series with the technical on Sunday, preceded by the infamous SUP the Creek race on the Saturday. Brought to you by Crispin and his team from BSCC victors Waterborn, it promises to be fun even if it’s unlikely to be ‘our’ conditions! Then it’s just a week until the first round of our EASI (East Anglian SUP Initiative) winter race series as Frangipani host up at the TriFarm in Boreham on Saturday 2nd November: entries open now via Webscorer. This season, rather than board sizes we’re splitting fleets by gender and experience under the following guidelines – ‘Novice Challenger’ (up to 12’6”: has never raced outside club, EASI races, or novice level at BSCC), ‘Racer’ (up to 14ft: has raced nationally but hasn’t made any podium), and ‘Experienced Racer’ (14ft: regularly races and has made podium at national level). The rest of the series will come courtesy of our other East Anglian comrades: Norfolk Outdoor Adventures (7th December), Suffolk (11th January), SUPsect (that’s us! 8th February) and Barefoot (7th March). Your top three results will count towards a final series standing. Maybe see you there?

And finally, there’s no doubt that Race Club – planned and coached by El on a dozen Thursday and Friday evenings leading up to BSCC – got us all ready for racing at Bray and set the foundations for our amazing team result. Look out for any special weekend Race Club meets over the winter with more free technique workshops and informal £5 racing. And if you’re ready to really up-your-game, our very own double British Champion(!) Dunc is now back into winter coaching mode and is available for 1-2-1 lessons at £80 for a 2-hour session: six of our top racers have benefited from a course of his bespoke race coaching already, email [email protected] to arrange your own performance boost…