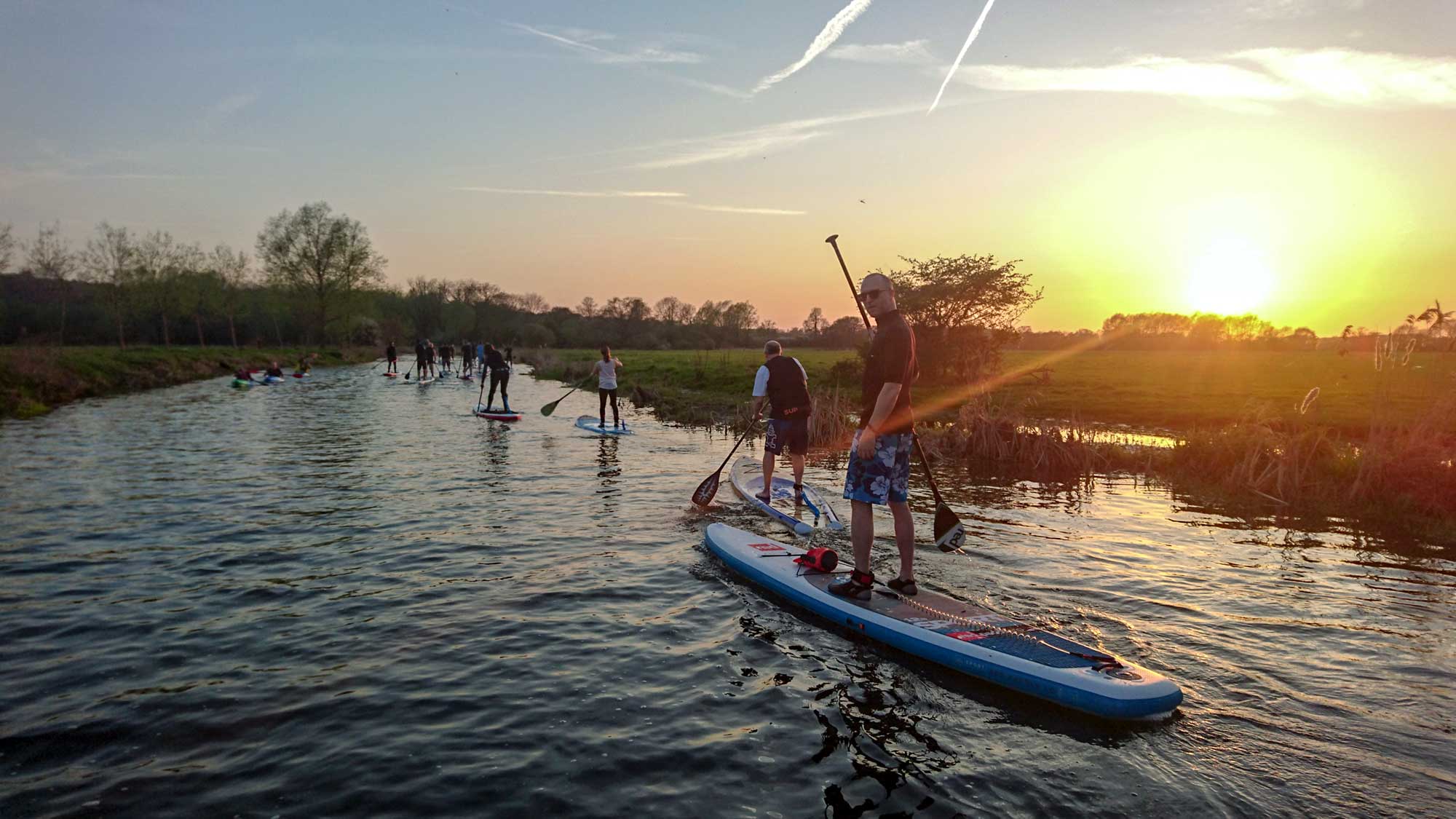 Wow – that was quite some heatwave, eh? Having scored the highest April temperatures since 1949, we really couldn’t have hoped for a better way to start our 2018 teaching season. Because yesterday, Sunday 22nd April, saw the first couple of our paddleboarding school’s Learn to SUP lessons up at Papermill Lock. It’s amazing how quickly the water at the Chelmer warmed up last week, as it’s already positively pleasant to fall into! Both the 11am and 2.30pm beginner sessions went brilliantly well in the sunshine, resulting in eight very happy new paddlers – most of whom we’re confident will be coming to SUP Club very soon… (Plus it was great to see so many existing SUP Clubbers up there yesterday too – including Andy, Aidy, Nick & Catherine, and Gary, plus it sounds like there were plenty more up on the river on Saturday as well according to the SUPsect Forum on Facebook!)

Talking of SUP Club, last Wednesday was a scorcher so it should have come as no shock that we got such a healthy turn-out at Paper Mill Lock for the 6k All Saints loop up towards Hoe Mill and back. But with a relatively early start and so much traffic about, we were still very pleasantly surprised to see 22 paddlers on the river. We tried something a bit different, as we anticipated quite a range of experience and ability, so implemented a ‘bounce-back’ routine whereby the faster paddlers would turn at Rushes Lock and loop around the back of the group. It worked really nicely, keeping us all broadly together and ensuring the paddle stayed suitably sociable for everyone, whilst also allowing the faster, more experienced paddlers the chance to cover a bit more distance at a higher pace without leaving anyone behind. Expect more of that on the river in future.

So what does the immediate future hold? There are no prizes for realising that Wednesday night is SUP Club (as ever, until the clocks go back in autumn!) although this week conditions don’t look quite as peachy as last week. With a 3.36pm low tide (at 1.3m) and south-westerly airflow we really can’t see a feasible coastal opportunity, so are pretty sure we’re on the river again. To keep it fresh we’ll probably head west from Hoe Mill Lock this time, but will have to stick to a relatively early 6.30pm launch – so start planning your escape from work if you need to. Current forecasts show a pretty solid westerly wind, with the temperatures and chances of a rain shower returning to standard April levels (ie; a reasonable, but less high-summery outlook!) so we’re anticipating it might be a little less blissed-out and a tiny bit more of a push this week. Stay tuned to our Facebook page for the heads-up tomorrow then the full call, as usual, around Wednesday lunchtime.

Then next weekend our Dunc (and possibly a few others?) is off to westest London for the Battle of the Thames, hosted by Blue Chip – the second big UK race of the season (after Head of the Dart), and first event of the new GB SUP national series. Following a strong winter on the Bray Lake and Suffolk SUP winter series of shorter local races, this will be Dunc’s first big (16km) event of the season. Still, he’s opting to stick to his shorter ‘training board’ and race a Red Paddle inflatable in the 12’6″ class before stepping up to his 14′ Elite ahead of the UK SUP endurance races in June (Norfolk Ultra 70k and Thames Ultra 55k) and then eventually the 220km 11 Cities in September.

And finally, we just want to say a huge congratulations and welcome to the SUPsect team – to the one and only Trevor ‘Bodhi’ Baker who has just returned from Bray having aced his BSUPA Level 1 Instructor course at the weekend. We’re very much looking forward to issuing him his orange SUPsect vest this week… 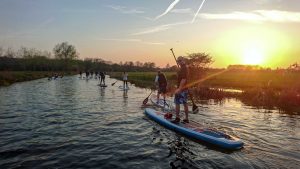 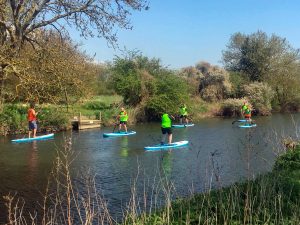 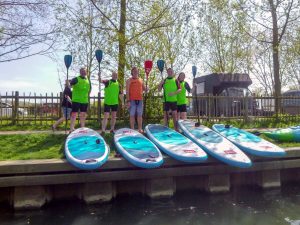 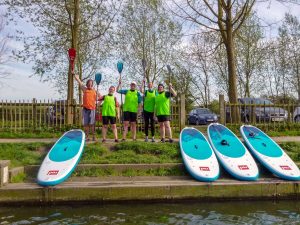 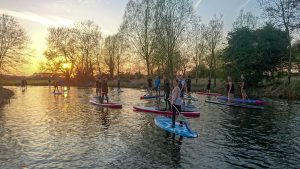 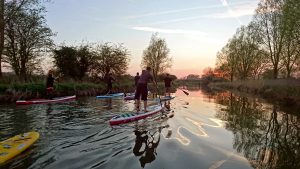