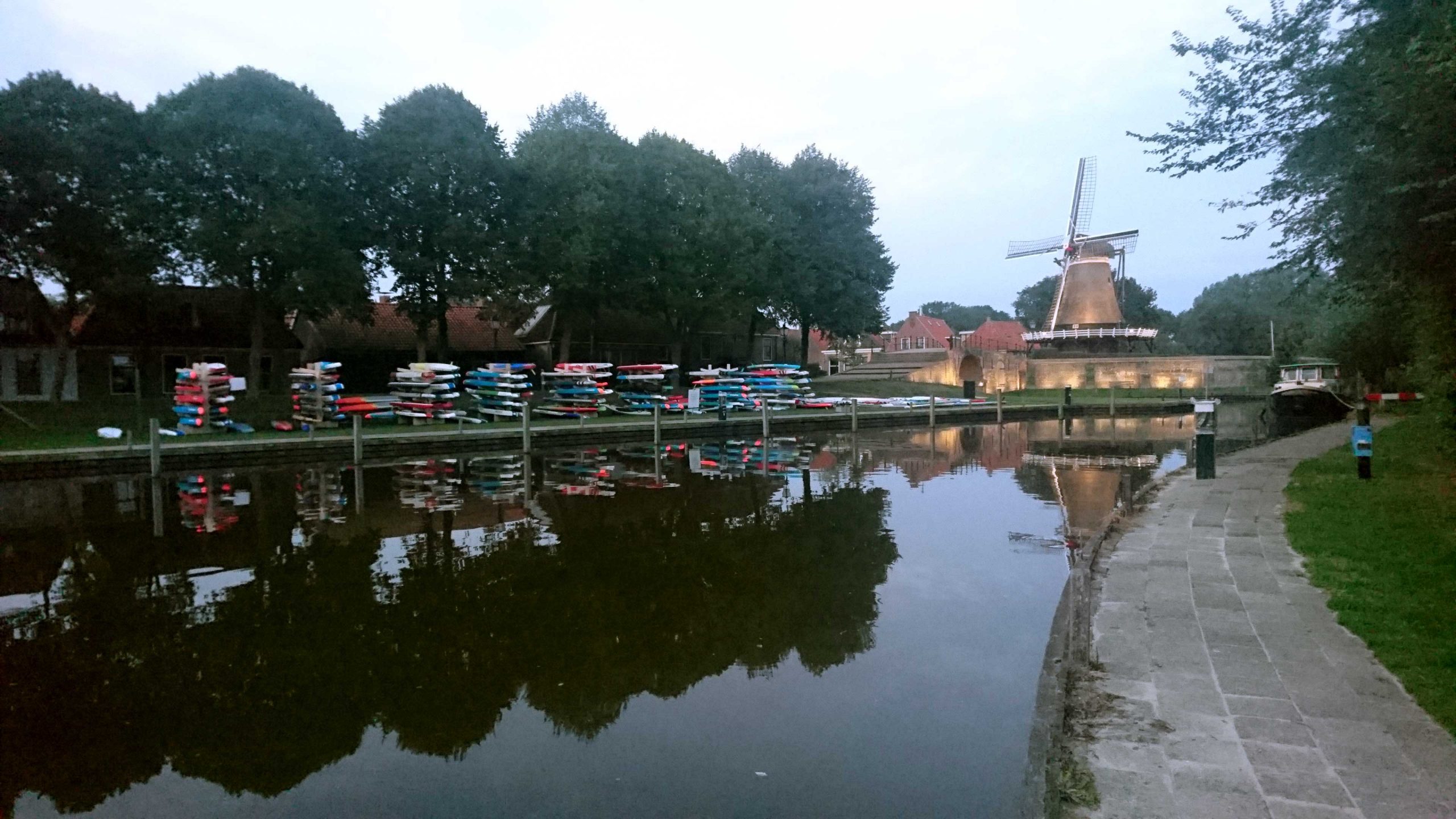 So I’m somewhere called Sloten in Friesland, beautiful place, having survived the first day of the SUP 11 City Tour – which has been amazing so far. Got a decent enough start, maybe pushed a bit hard but was feeling good for the first 38k, then got across the lake a little slower but without incident, finished strong enough … and finally even got a very flattering cameo on Total SUP‘s live FB stream. It’s been a good day.

My intention was to blog every day, sorry I never got around to it yesterday after the prologue but I was a little distracted with this morning! But having prepped and fuelled for tomorrow, now I at least have 10 minutes to tap about today’s race. Please excuse the stream of (semi)consciousness, but here goes…

This morning started early at 6am as we needed to be in Leeuwarden city centre in good time for a 7.45am briefing, which then left plenty of time for the tension to build ahead of the masters (40+) start at 9.30am. Managed to stay calm enough and eventually got a pretty decent start off the craziest startline I’ve ever been on – apparently us old guys have the biggest fleet, and there’s some serious international quality there so I was happy to stay dry on such a tight stretch of canal and emerge mid-fleet or so.

Despite my pre-race plan being not to, I did get a bit competitive and found myself keeping hold of slightly faster guys for the first 10k than I probably should have… Happily, I eventually found a good match for drafting – haven’t got his name yet, but a really nice guy on a Naish Javelin. We formed a decent team and closed in on a few of the riders ahead that were falling off the leading trains, and approaching the rest point (at 26k) we had our own little train of 5 going pretty strong into Sneek. With the first really low bridges, we had to lie down to go under, we broke apart a little and I hit the rest point ahead of my compadre with a pair of Fool Moon riders.

The 15 minute break absolutely flew by, but I got a chance to ram down some of the chocolate, water and coffee on offer before we had to jump back on – and warm up again! I stuck with the Fool Moon boys for a few k, following one and tailed by the other who was suffering some cramps, before they passed lead duties of our 3-man draft train on to me. Somehow I upped the pace and led them all the way to Slotenmeer (which may or may not be the name of the enormous lake towards the end of today’s stage…) Suffice to say that even though it wasn’t too breezy, the cross-tailwind didn’t exactly suit me so I let the Full Moon guys go and focussed on staying dry and making it across the lake intact, albeit a kmph or two slower than my flat water pace!

Off the lake it was just one more kilometre to the finish line, and I crossed feeling good – and have in truth been ever more euphoric since! After a surprise beer I bumped into one of the Fool Moon guys who it turns out is Mr Total SUP. Have to say I’m pretty proud of featuring in his day 1 live post-race broadcast on Facebook – check out 10.44 here.

Then food, more food, a masssage, a lift back to get my van from Leeuwarden, a 40 minute drive back here, more food, prep for tomorrow – and now some random keyboard tapping!

Tomorrow’s apparently a little longer and it’s looking windy. We get to cross this bloody lake again, early in the stage, probably in crosswind – then we’re off west to the coast. In the rain. Looking forward to it!!! 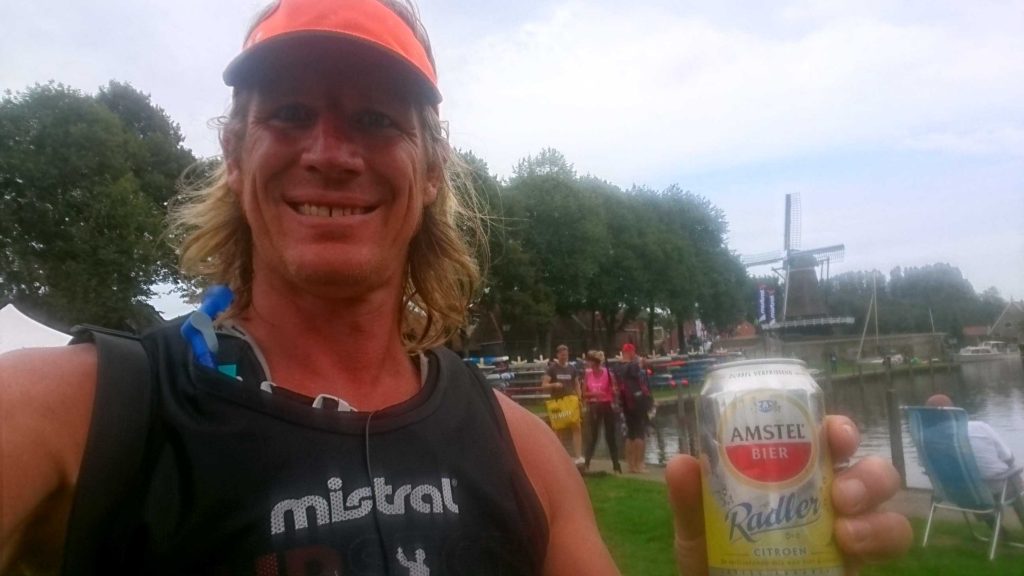