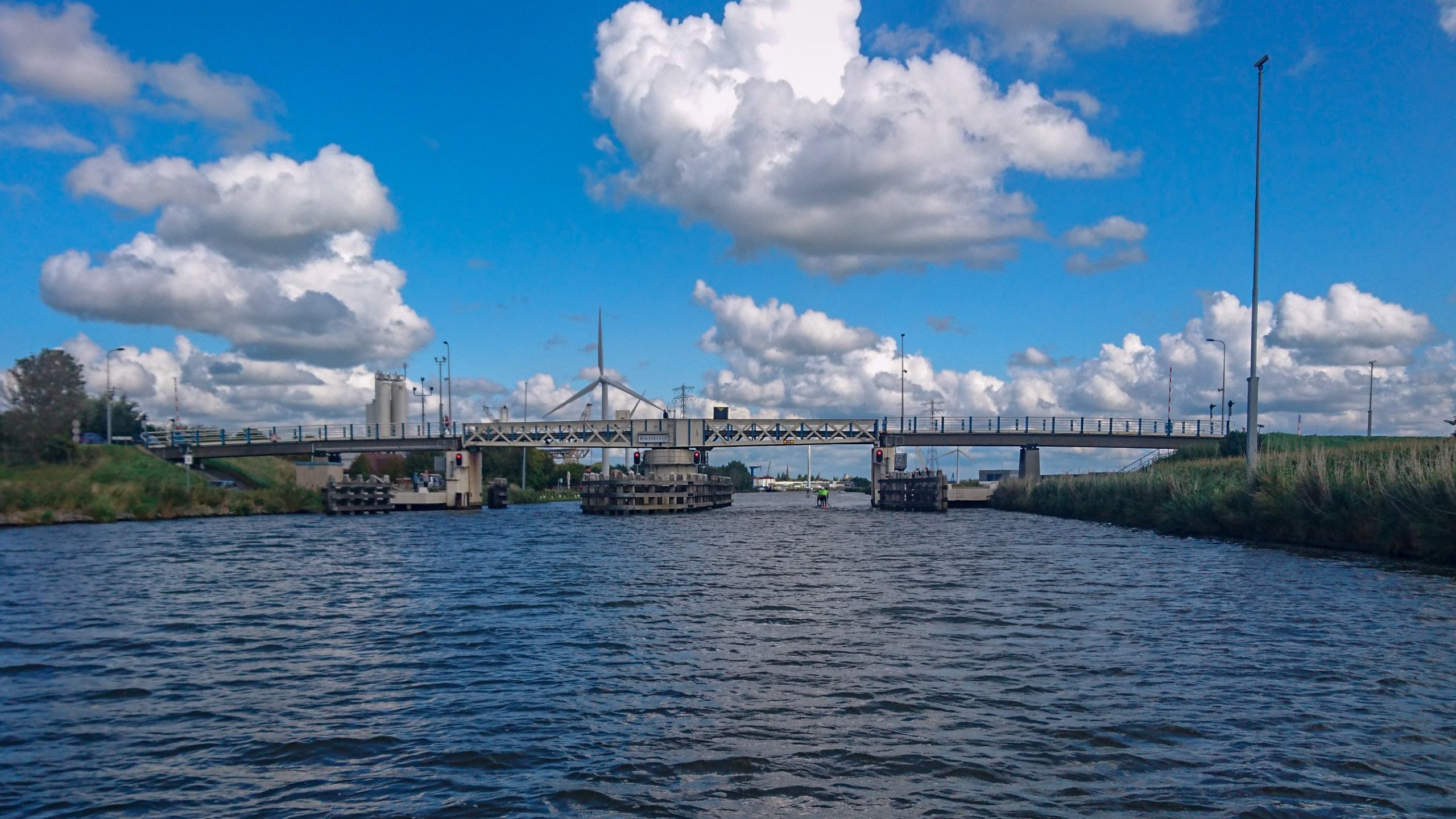 Today was pretty brutal – first a 12k time trial, then a 30k non-stop: 20k into cross-headwind including some of the windiest stretches I’ve ever raced, then 10k downwind from Harlingen to Franeker, where I’m currently in the van in the pouring rain. But has to be said I’m still totally buzzing from today’s racing…

First up we had the time trial, whereby we were due to depart Workum in reverse order at 30 second intervals: I was pretty stoked to discover this morning that I was in 11th place overall in the masters. But soon pretty gutted to hear that the guy I was narrowly ahead of, Matt (Mr Total SUP), had decided to retire after breaking towards the end of yesterday’s stage. We man-hugged goodbye and I got my brain back into gear for the 12k time trial ahead. Turned out I found it completely impossible to focus on anything but the guy ahead of me, South African Shane who I’d narrowly beaten yesterday, so I went super-hard off the start to hunt him down and was pleased to find that I was gradually reeling him in. After about 4k I had closed the 30-second gap on him, while in turn he’d hunted down the two guys ahead of him – my Naish Javelin friend Reto, who turns out to be Swiss, and Japan’s Takaaki. By now the red mist had descended and I was feeling strong, so I kept the pace up and kept powering on, charging past many of the rest of my fleet (and only passed by a few of the fleet leaders, who were flying!) I somehow kept at my top race pace the whole way, and waited to see how soon the guy ahead of me in the ranking (the other Fool Moon rider and another decent Swiss chap, Stéphane) would arrive – and it was a pleasingly long time!

Thankfully we got 45 minutes to recover before the rest of the 44.3km stage concluded with a 30k non-stop leg into Franeker – the longest single spell of paddling all week. It was another crazy startline straight into a narrow canal in Bolsward, but the endorphins were clearly still in effect as I found myself duetting Flower of Scotland during our 5-minute wait for the gun to sound (someone asked for music, he was told to sing, Dean Dunbar piped up from the bank with the first line of the Scottish anthem and I couldn’t leave him hanging so we belted it out together – happy to say it was well received with a full round of applause and cheers afterwards!) Anyway, I finally got off OK and kept out of trouble, only to see a 10-strong lead draft train forming ahead – there was no way I was getting on that having gone so deep in the morning, as I’d also just discovered this morning that the leaders of the masters fleet were front-runners in the 11 City elite fleet until just recently. Behind me I saw the makings of the second train, but I felt I’d probably end up driving that one anyway – plus I could see that Fool Moon Swiss dude Stéphane had made the first train, so I elected to stay out in no man’s land on my own and see if I could sweep up anyone that dropped off the lead train…

There followed a long afternoon, nearly three hours paddling 20k through Dutch countryside alone into a fierce cross-headwind with only occasional shelter from the reeds at the side of the water. I occasionally had sight of the train ahead, which was steadfastly staying together and staying fast, but was pleased to have completely dropped the train behind. I went deep and it hurt – but somewhat masochistically it also felt amazing to push that hard and survive. Getting to the port town of Harlingen and ringing the bell was a massive relief though, with just the spectre of ‘the canal of doom’ to come.

But it was downwind, in maybe 18 knots of wind, and I really don’t see what all the fuss was about – from the stories I’d been told I was expecting traffic akin to the Thames shipping lane, whereas all we saw were a couple of barges: given, they weren’t slowing down any, but did I mention the tailwind? It was sheer joy, I was finally able to relax for an hour having gone so deep all day and ride the little bumps home for 9k – in fact I got a chance to chat to Bart de Zwart as he cruised by, and I even took a photo soon afterwards! (The one headlining this blog…)

The finish was a welcome sight, and today there was no hanging about afterwards: straight off to the massage and food before heading back to collect the van. One minor niggle is that I’ve finally got a few blisters appearing – one on the palm of my left hand, and the index and middle fingers that appeared yesterday and have grown some today, plus I now have one on the middle finger of my right hand too. Seems the thing to do is leave them alone, so I’m doing just that – applying more surgical spirit and resisting the urge to do anything to them. We’ll see how my hands hold up tomorrow: a 42.6km stage to Dokkum. Bring it on! 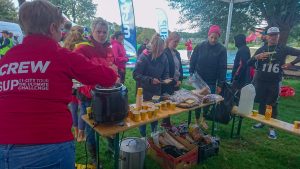 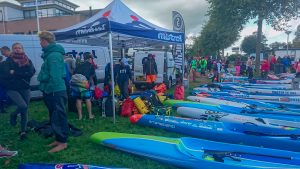 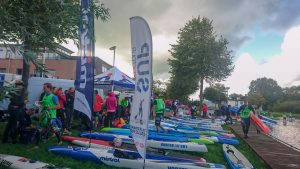 Finish of the 12k time trial 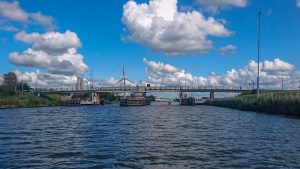 Downwinding towards Franeker – still doing 7k as I took this shot, that’s Bart and another elite guy under the bridge 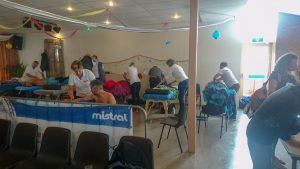 The sports massage team at work at the finish 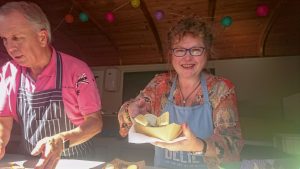 Dinner lady – I seem to be the only one not eating meat so she dishes out the veggie option every time she sees me!