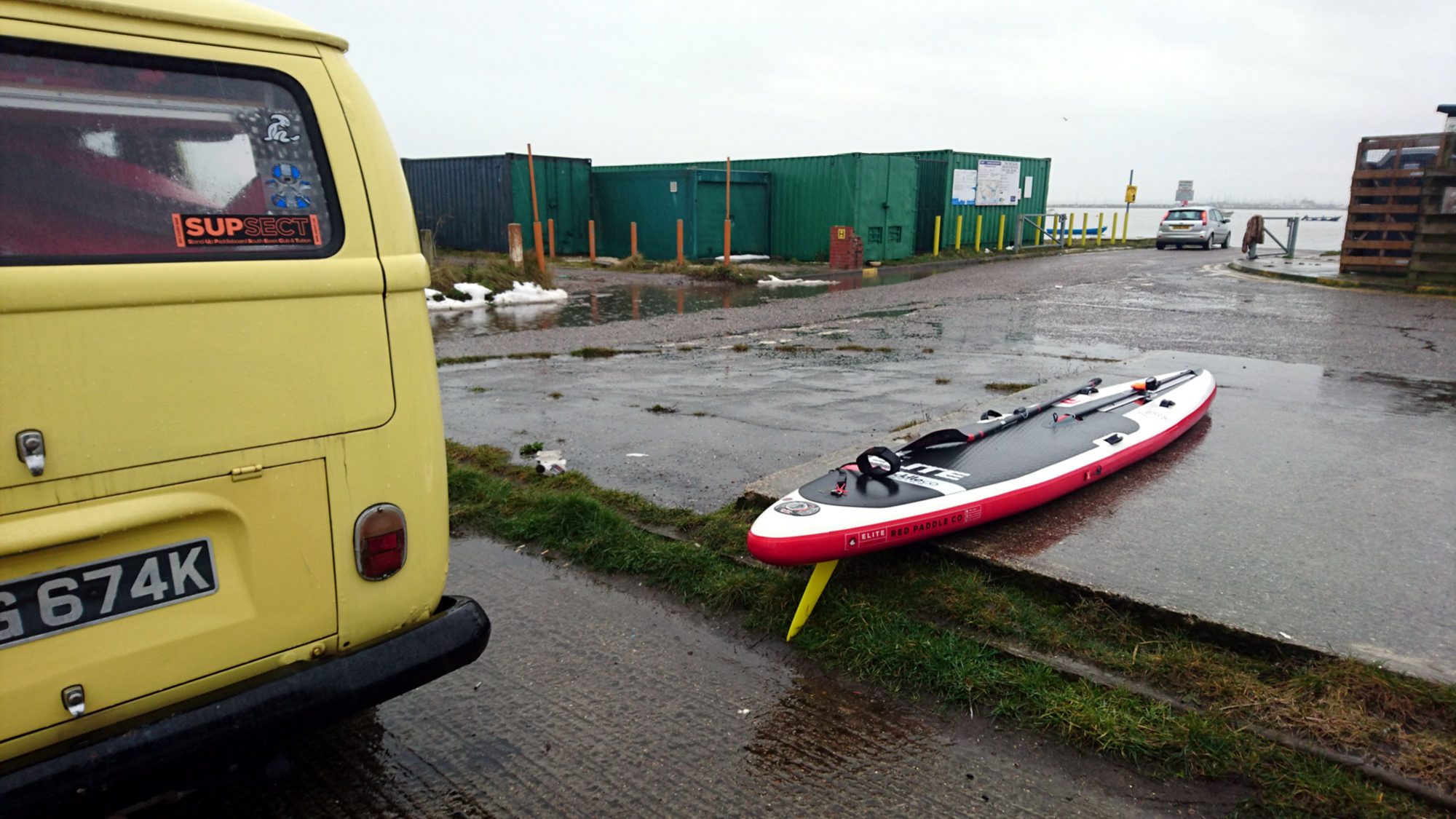 That’s right – we decided the world needs another blog! So here it is: our SUPsect stream of consciousness… The idea is we’ll try and post to our new website regularly on a Monday with a bit of a round-up of what we’ve done last weekend (or week) and what might be on this coming week, including an early indication of what we’re considering for SUP Club on the Wednesday (which will be on as soon as the clocks have gone forward, which is pretty soon now on Sunday 25th).

Meanwhile, obviously winter’s had such a grip on us with last week’s snow that there really wasn’t much doing – although Dunc did get out for a training paddle on the tail end of the thaw at Two Tree Island yesterday. Dodging snowy ‘icebergs’ for 15km up beyond Canvey Way and back: in fact you can see where in our new routes section at East Haven Creek 15k. (You’ll find plenty more – short, medium long and enduro – under the routes section up top in the menu…)

And spring hasn’t quite sprung yet, so there’s not much potential this coming week either as it’s looking like another damp, breezy one (with very probably too much flow at the river for comfort after the big thaw last weekend). If you can skive off work, tomorrow looks OK for an afternoon paddle (3.30pm high tide with maybe 10 knot southerly winds: check out our weather page for more…) and it’s a way off yet but some forecasts have Friday pretty windless (although with a 5.30pm high, you’re probably better off aiming at the 11am low tide by then…)

Then next weekend, if anyone’s game, Dunc’s heading over to Bray Lake near Windsor on Sunday morning for the fifth and final round of their (super-friendly, all comers very welcome) Frostbite winter series? More on Bray Lake SUP’s Facebook  … although the forecast isn’t currently looking so friendly, at least there are changing rooms and hot showers on offer!

So with not so much current to report, howsabout a quick précis of the year so far? Paddling-wise we’ve got out as a group a couple of times: we grabbed our chance on a soggy, but suitably northerly Saturday 20th January for a quick paddle to the pub in Old Leigh from Chalkwell (more on our Facebook page). Then in mid-February when we got a tantalising taste of spring on Saturday 17th, nine of us had a beautiful 12km paddle up Benfleet Creek from Two Tree (see Canvey Way 12k) – more of that on Facebook too. Talking of which, as they were fairly last-minute and a bit hardcore for a standard SUP Club, both of those paddles were called on our new SUPsect forum group on Facebook: if you want to join that group, just click here and hit the blue button.

In fact, that’s not all that we’ve been doing on social media, as El has been getting a good grip of Instagram and rapidly building our new page @SUPsectUK – please check it out and give us a follow if you’re that way inclined; and if you’re posting local paddle pix please do tag them #SUPsectUK or even better give us a direct mention by typing @SUPsectUK

Right – blog blogged! Thanks for reading, and see you on the water… 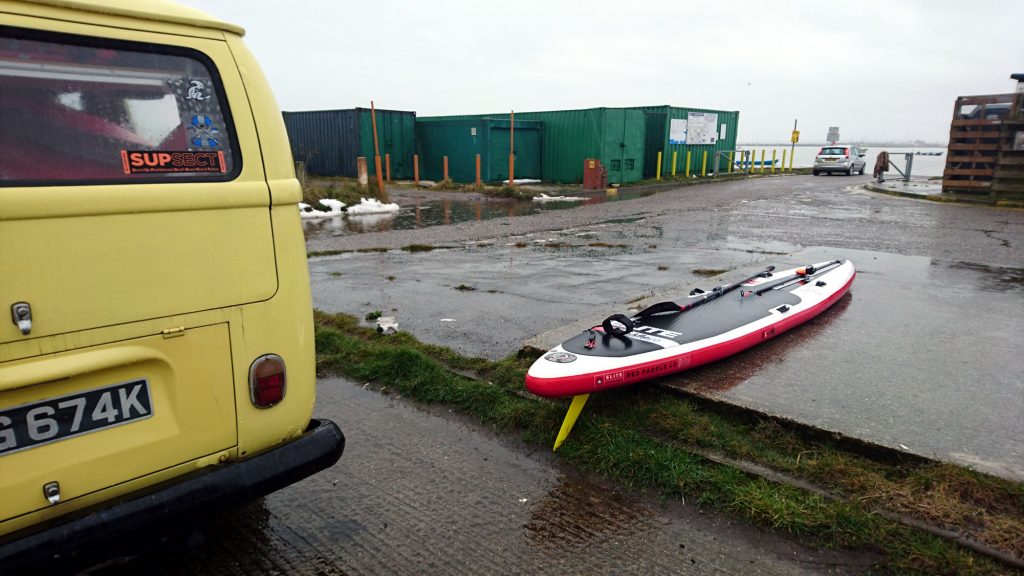 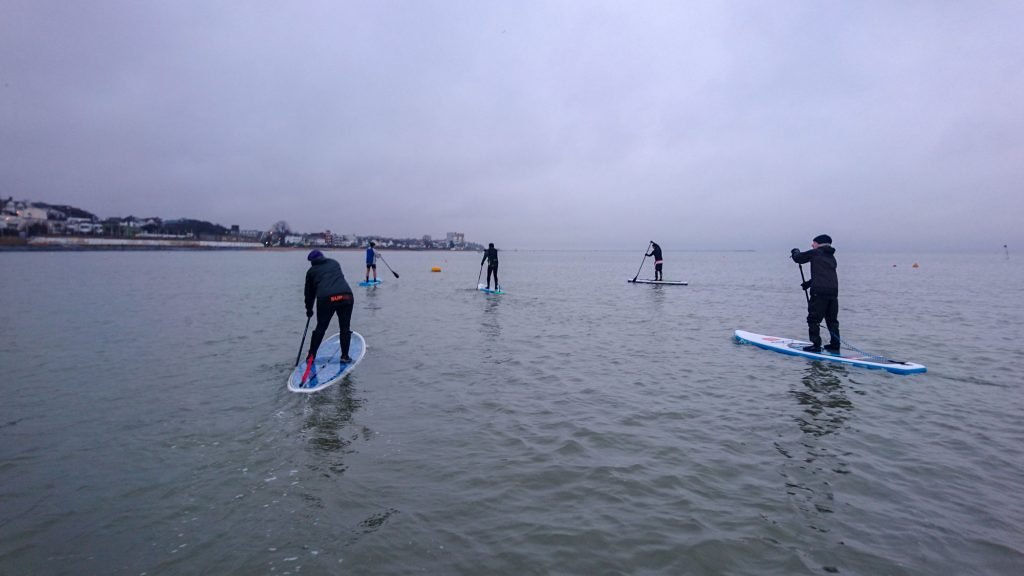 Paddling back from the pub, Saturday 20th January 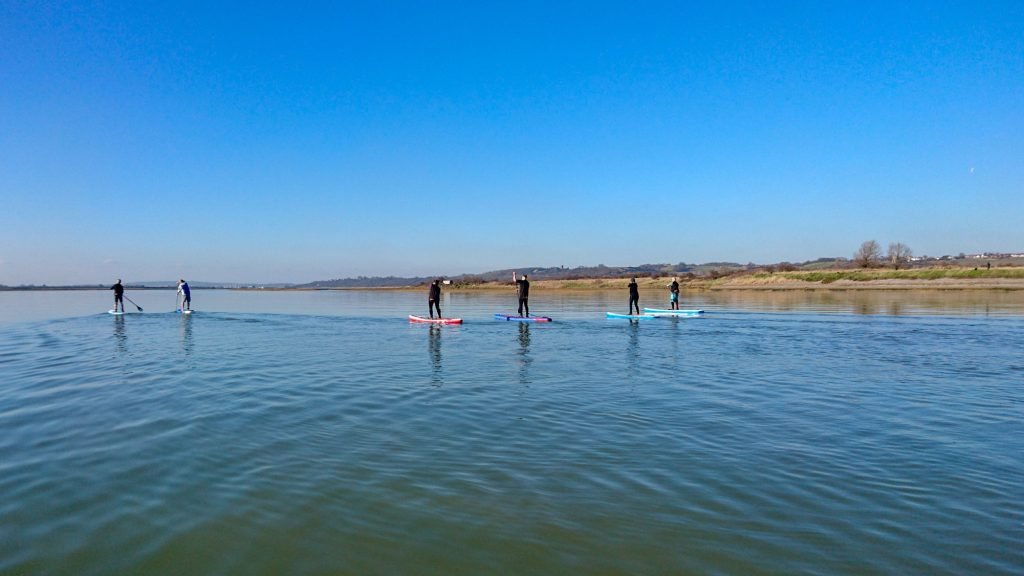 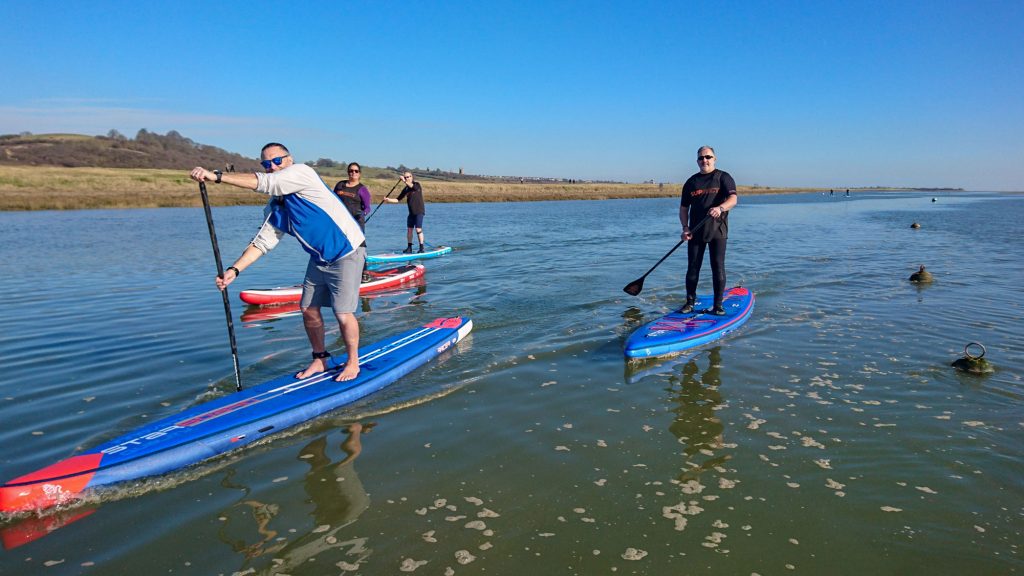 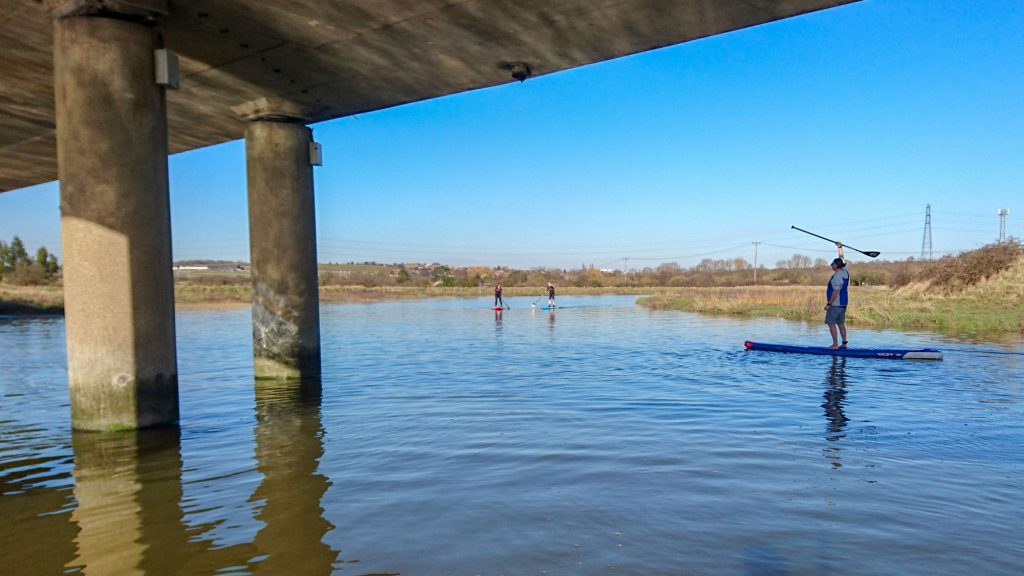 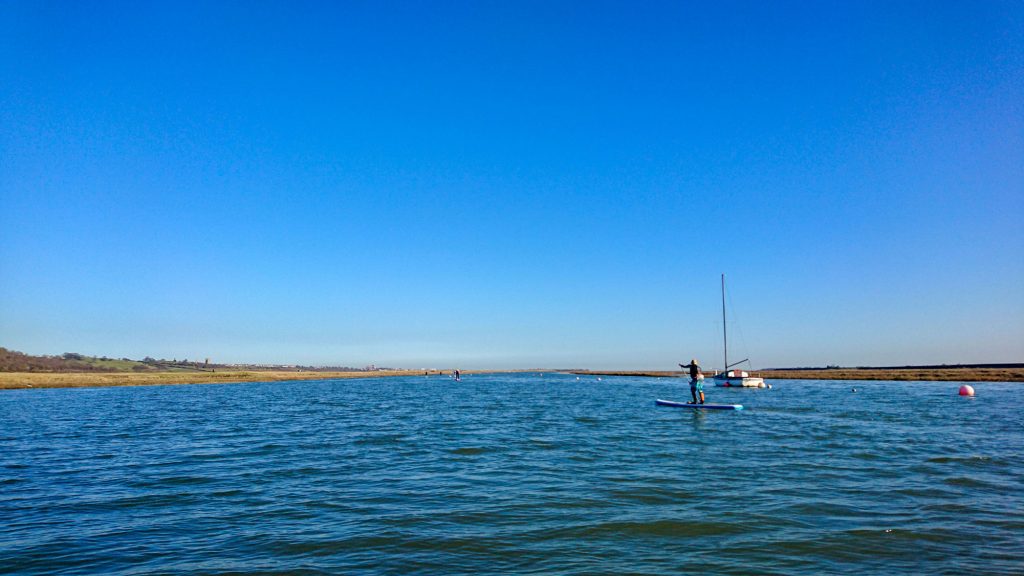